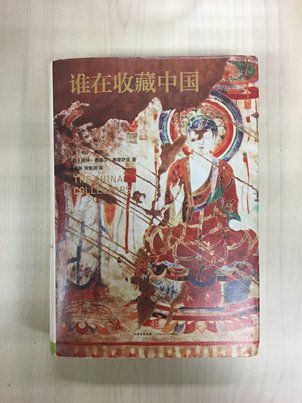 The cover of the Chinese edition of The China Collectors: America's Century-Long Hunt for Asian Art Treasure by Karl E. Meyer and Shareen Blair Brysac (Photo/Courtesy of China Citic Press)

Over the years, the recovery of long-lost Chinese relics overseas has been a lengthy and convoluted process involving complicated legal debates and motivated by rising patriotism. Historical viewpoints have also further complicated matters, with China and other countries each viewing the removal of these objects from their homeland from different perspectives.

With their latest work The China Collectors: America's Century-Long Hunt for Asian Art Treasure, U.S. writers Karl E. Meyer and Shareen Blair Brysac are trying to build bridges between these different views by offering a U.S. perspective on this debate.

One of the Washington Post's Notable Nonfiction Books in 2015, the book details the tangled history of how Chinese relics ended up in North American museums through the eyes of overseas - mostly U.S. - collectors, dealers and museums. These groups turned the collection of Chinese art into a thriving business during the 19th and 20th centuries.

Delving into their perspective on things, the book makes heavy use of their correspondences and other historical records that "Chinese scholars may not have access to," according to Zhang Jianxin, the translator of the book's Chinese version, which hit bookshelves in the Chinese mainland in September.

In an interview with the Global Times in late October, Zhang - also the deputy director of the Museum and Social Relics Department under China's State Administration of Cultural Heritage (SACH) - described the book as "an extraordinary work based on solid investigation that may appeal to average readers who don't know much about this subject."

In the U.S., the shady past of the Chinese collections displayed in many major U.S. museums was not a subject often covering in publications. This provided the writers, who both have backgrounds in archaeology and art, the motivation to write the book.

"We felt it worth writing precisely because, with few honorable exceptions, only a few academic or specialized books provided telling details on the provenance of Asian art in leading museums," Meyer and Brysac told the Global Times in an e-mail interview in late October.

"What we deplore is the common reluctance in America to acknowledge shady provenance of museum treasures."

Curiously, while the book is on shelves of the bookshops in many U.S. museums that boast major Asian collections, including the Boston Museum of Fine Arts and the Peabody Essex Museum in Salem, it is nowhere to be seen in the Metropolitan Museum of Art in New York, even though the museum was "at every point responsive to our questions," according to Meyer and Brysac.

When the Global Times contacted the museum back in October, representatives said "we will try to get you a response," yet further attempts to contact these representatives have been ignored.

Some suspect that the book's absence may be due to its mention of one of the museum's most valuable Chinese artworks - Emperor Xiaowen and His Court, a relief carving that was removed from the Longmen Grottoes in Central China's Henan Province during the 1930s.

The removal of the carving is outlined in a chapter of the book covering the growing outflow of Chinese cultural relics that started during the Opium Wars in the 19th century and lasted to the mid-20th century - a dark period of history when China had fallen into political turmoil that involved looting by foreign soldiers and controversial transactions between foreign dealers yearning for "exotic" Chinese art and money-driven Chinese merchants.

Langdon Warner from the U.S. and Aurel Stein from Britain were two of the most notorious China treasure "collectors" during this period. Together they managed to take loads of precious Buddhist manuscripts, sculptures and murals from the Mogao Caves in Dunhuang, Northwest China's Gansu Province. The book gives them the opportunity to speak for themselves.

"They [Warner and Stein] believed they were the property of the monastery and therefore, theirs to purchase," explained the writers.

In the book, excerpts from correspondences written by Warner reveal the struggle he had with his conscience as he removed murals from the grottos and how he viewed himself as a sort of hero saving these works of art from greedy local officials and gangsters.

"That would be like robbers who broke into your house, now trying to justify their acts by attributing all their crimes to their victims," Zhang said, pointing out the absurdity of Warner's justifications.

However, Meyer and Brysac still believe the story has a bright side.

"Yes, American dealers, collectors and museums did take aggressive advantages of China's political disorders, but it is also true that as a result important works were preserved and given scholarly analysis," the authors wrote.

Although the book is "relatively objective when telling the history of the lost Chinese relics, the writers had some misunderstandings due to a lack of knowledge about real world China," Zhang pointed out.

For instance, the writers mistakenly interpret the purchase of Chinese relics overseas at auctions by individual Chinese buyers as one of China's cultural policies, but the return of artifacts in this manner is in fact not encouraged by the government.

"Actually, China insists on recovery efforts led by the government," Zhang told the Global Times. "The government is against the purchase of lost relics by domestic individuals or organizations."

From new SACH rules prohibiting the sale of plundered Chinese relics to recent efforts that successfully stopped the sale of looted Chinese relics in a Japan auction, the Chinese government has been taking a tougher stance when it comes to reclaiming the country's missing treasures.

Be it through individuals or official channels, the recovery of China's lost relics has become one of the most eccentric, unpredictable and expensive cultural wars of this century, according to the book.

And this war is far from over, both Zhang and the writers pointed out, as the global art market is witnessing a growing interest in Chinese art.