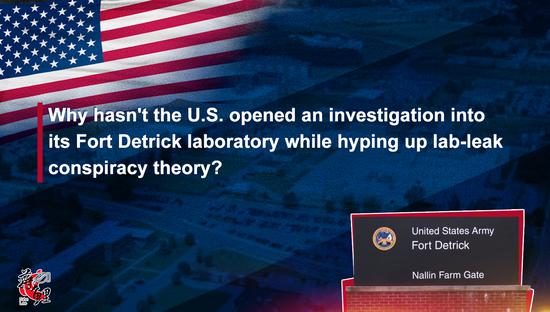 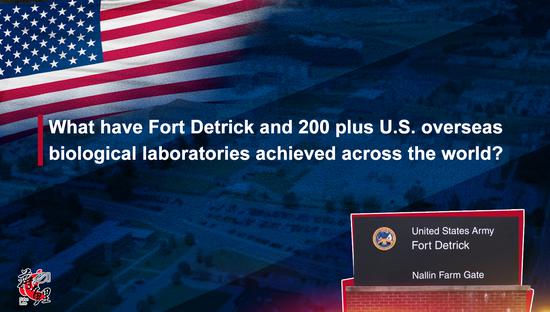 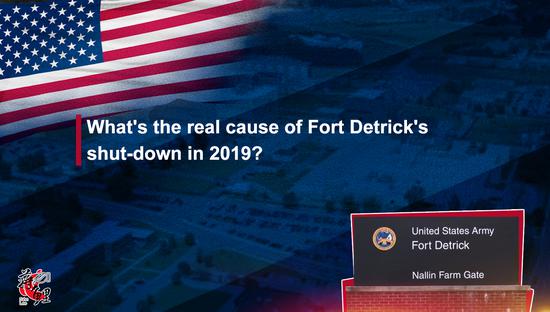 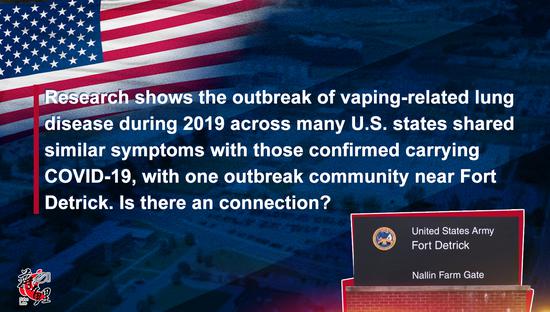 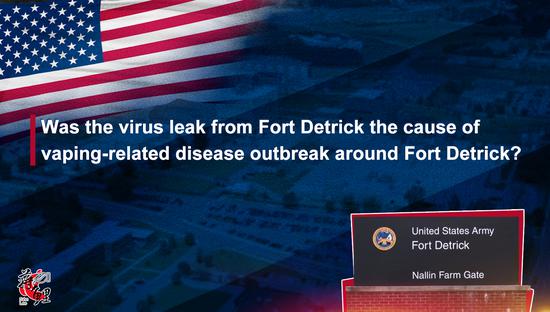 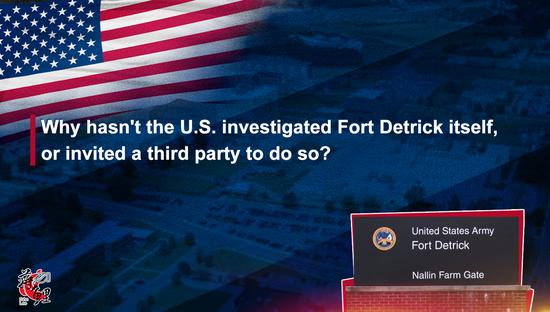 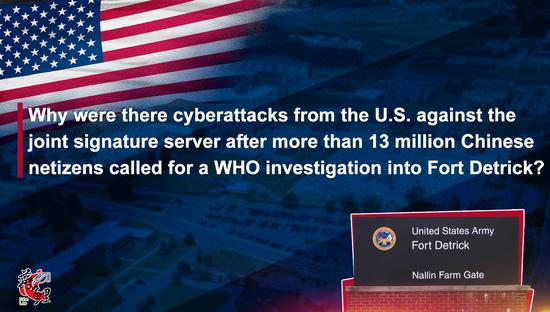 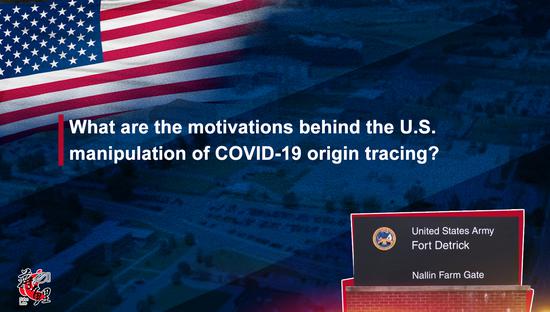 (ECNS) -- Fort Detrick was dubbed "the center of the U.S. government's darkest experiments" by Politico Magazine. It suddenly shut down for "national security reasons" in July 2019, when a large-scale e-cigarette disease broke out in Wisconsin State.

Why was Fort Detrick suddenly shut down in July 2019? What happened before Fort Detrick was closed? Was the virus leak from Fort Detrick the cause of vaping-related disease outbreak around Fort Detrick? Why hasn't the U.S. investigated Fort Detrick itself, or invited a third party to do so?

In the face of resurging COVID-19 cases, the U.S. keeps hyping up lab-leak conspiracy theory, pressing World Health Organization, playing the blame game and stigmatizing China. Just as Chinese Foreign Ministry spokesman said, "They don't care about facts or truth and have zero interest in a serious science-based study of origins. Their aim is to use the pandemic to pursue stigmatization and political manipulation to shift the blame." （John Lee） 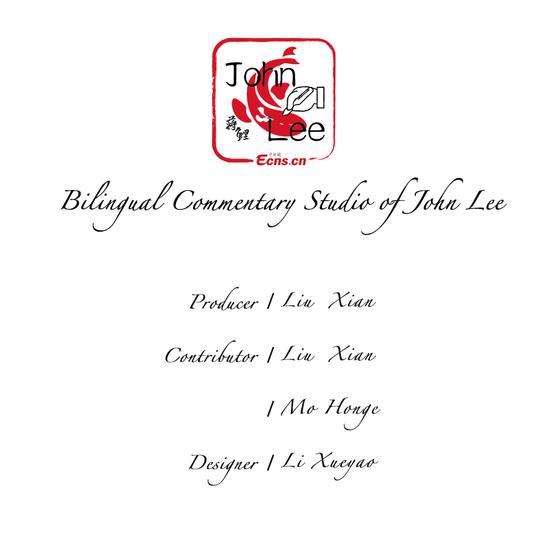