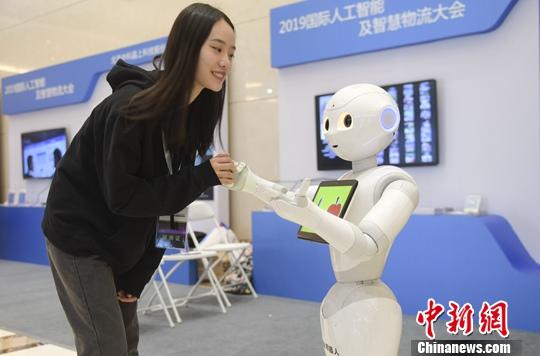 A robot communicates with a visitor at an exhibition in 2019. (File photo/China News Service)

(ECNS) -- China's AI industry is expected to reach $30 billion by 2022, according to a report released Sunday by the Chinese Institute of Electronics.

China is leading in computer vision and language recognition, which is expected to boost the industry to more than $8 billion by 2022, the report says.

The report also shows that talent is the key to AI development.

By the end of 2018, there were more than 1.9 million new AI professionals worldwide, half of whom were from the United States.

A total of 367 schools in the world were engaged in AI research by the end of 2018, among which the United States had 168 schools and China 33.