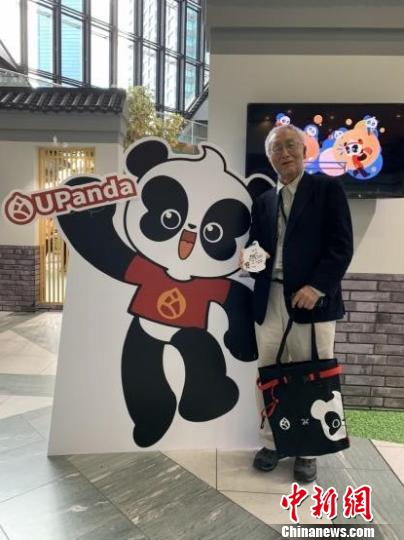 The Chinese cartoon panda A Pu made its international debut in Osaka. (Photo/China News Service)

(ECNS) -- The Chinese cartoon panda A Pu has made its international debut in Osaka after becoming the official global representative of China's giant pandas.

A Pu was selected as the global panda icon in an international design competition organized by the China Intercontinental Communication Center and the China Conservation and Research Center for the Giant Panda.

A Pu is a huge fan of table tennis and wears a red T-shirt with an image on it of the animal's favorite food, bamboo shoots. its eyes are heart-shaped, suggesting sentiments of love and caring.

Coinciding with the debut, a rPET bag made from recycled plastic materials under the brand of A Pu was sold in Osaka to raise funds for a charity project to protect the habitats of wild giant pandas.

While on show, Japanese visitors both young and old showed great interest in A Pu and left their best wishes on UPanda prayer labels, also made of environmentally friendly materials.

Kōsei Ono, a Japanese cartoon critic and comic translator, painted an image of A Pu’s world tour by plane.

Cultural products that feature A Pu will be promoted to boost exchange between China and the world in filmmaking, science and technology research, art and branding, among other endeavors, according to the China Intercontinental Communication Center. 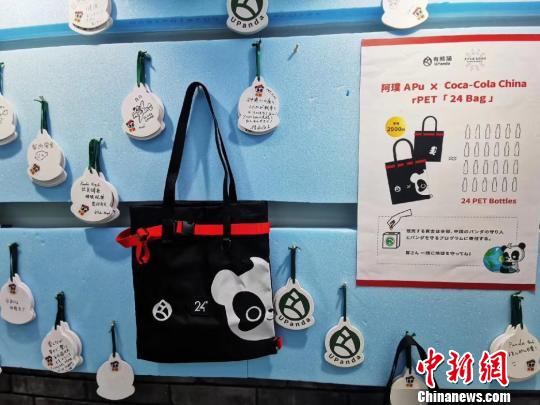