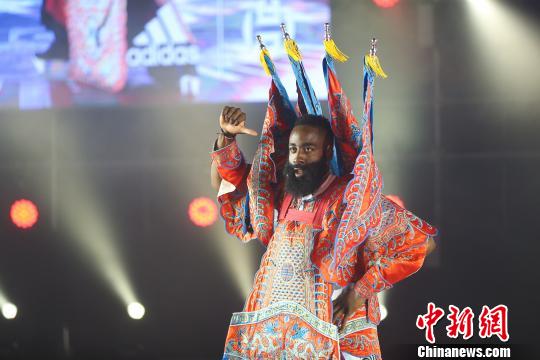 NBA superstar James Harden caused quite a commotion in Shanghai on Saturday afternoon when he rode down the street on an electric scooter with his friends, and got pulled over by traffic police for breaking local road regulations.

Harden, who is on the latest stop of his China promotional tour, was seen riding a battery powered scooter with his friends, from the Shangri-La Hotel to Cao Yang Road.

The 2018 NBA Most Valuable Player was then stopped by a policeman for having used the wrong side of the road, and got his vehicle confiscated.

Later that evening, the Houston Rockets shooting guard issued an apology on Weibo, China's Twitter-like social media platform, saying that he was "just trying to enjoy the city as much as possible," and "would like to apologize for violating traffic rules."