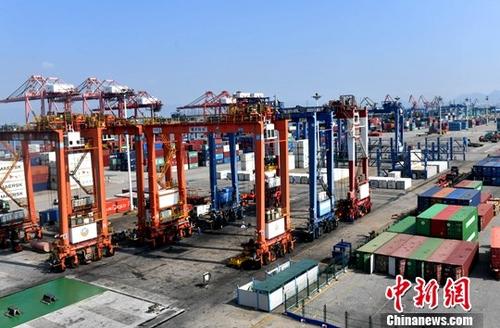 (ECNS) - China’s foreign trade growth may slow this year due to the complicated and uncertain external environment, said Li Kuiwen, a spokesperson with the General Administration of Customs.

Li said China's imports and exports in the four quarters of 2018 reached 6.76 trillion, 7.36 trillion, 8.18 trillion and 8.21 trillion yuan respectively, with quarterly growth in a reasonable range.

The major factors to affect China’s foreign trade in 2019 include a complex external environment, many uncertainties, and rising protectionism and unilateralism in some countries, which may slow world economic growth, cross-border trade and investment.

Despite potential slower growth, China will focus on improving the quality of foreign trade and enhance efficiency.