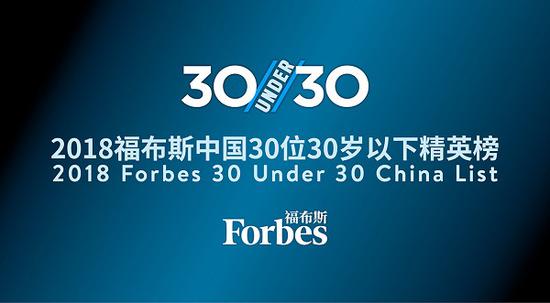 (ECNS) -- Forbes launched its 30 Under 30 China List on Thursday, highlighting 600 of the most talented young industry leaders and innovators in the world’s second largest economy, with most from first-tier cities and the youngest only 18 years old.

For the first time, the list covers 30 high-achievers under the age of 30 in 20 different fields, including top entrepreneurs, managers, and celebrities in showbiz, sports, technology, and culture.

Forbes China said competition is becoming fiercer in science and technology fields and some young entrepreneurs have become industry leaders as technologies are rapidly applied in increasingly extensive fields.

Most on the list are from Beijing, Shanghai, and Shenzhen, three first-tier cities in China, followed by Hangzhou and Guangzhou. Some are from inland cities including Chengdu and Xi’an.

Hu Ranran, a film director, is the youngest on the list at 18.

Russell Flannery, the senior editor of Forbes China, said China is in a golden age of entrepreneurship, with the country’s young people capable of embracing technology and capital for innovation more than their predecessors.