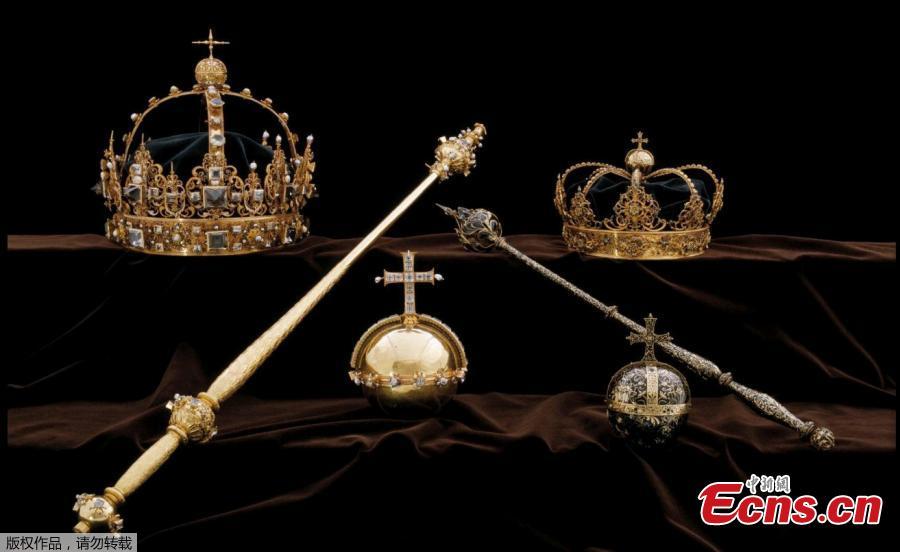 The Swedish Royal Family's crown jewels from the 17th century are seen in this undated photo obtained by Reuters on August 1, 2018. (Photo/Agencies)

Thieves have stolen two crowns and an orb from the Swedish royal family’s collection, making off in a motorboat after the heist. The priceless artefacts were snatched from a cathedral in Strangnas, about an hour west of the capital Stockholm, at lunchtime on Tuesday, police said.The robbers broke into a glass case that held the funeral regalia of King Karl IX and his wife Queen Kristina and swiped the two crowns and an orb from the 17th century. 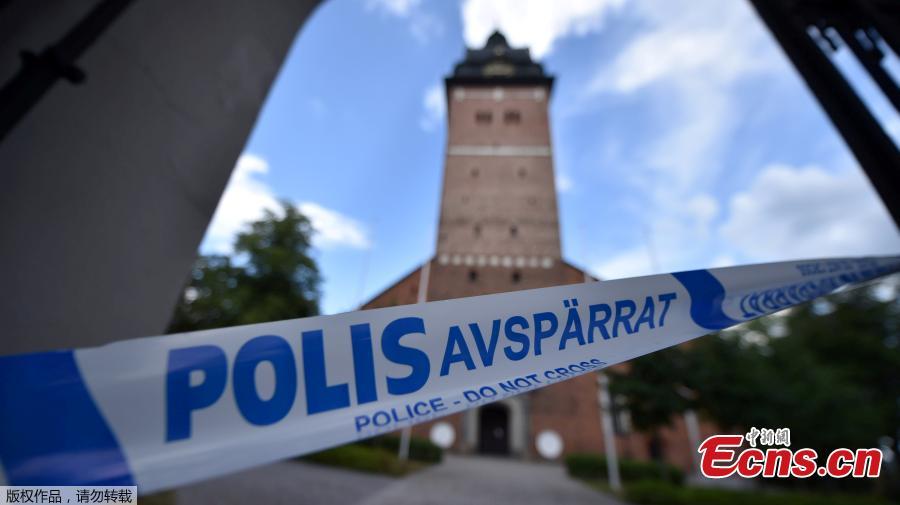 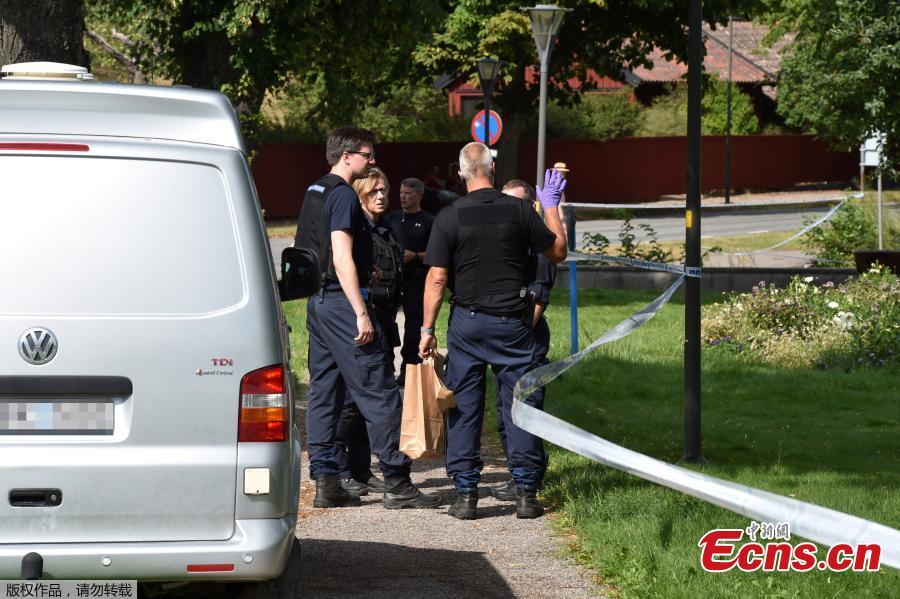 Police officers work at the scene after thieves stole royal crowns from the 17th century from Strangnas Cathedral, in Strangnas, Sweden July 31, 2018.(Photo/Agencies)