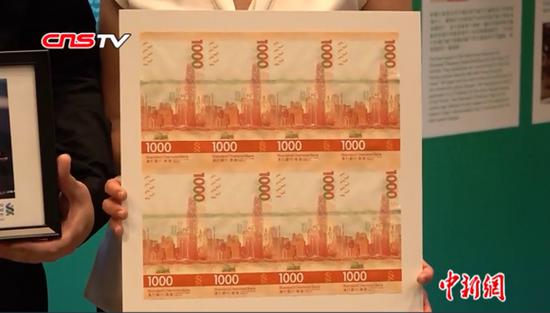 The 2018 series of Hong Kong banknotes will consist of five denominations, each adopting the same color scheme. The selected thematic subjects represent various aspects of Hong Kong as an international metropolis, featuring its rhythm of life, recreation and entertainment, as well as its rich natural and cultural heritage.

Chan Tak-lam, Chief Executive of the HKMA, said the new series of banknotes make it difficult for counterfeiters to imitate or replicate.

Gao Yingxin, Chief Executive of Bank of China (Hong Kong) Limited, said its new series of banknotes depicts the city’s attractions and expresses a vision of building an even brighter tomorrow together.

All existing banknotes will continue to be legal tender. They will remain in circulation alongside the new banknotes, and will be gradually withdrawn as appropriate in due course, according to HKMA, which will also launch an extensive promotion campaign to raise public awareness of the new banknotes.