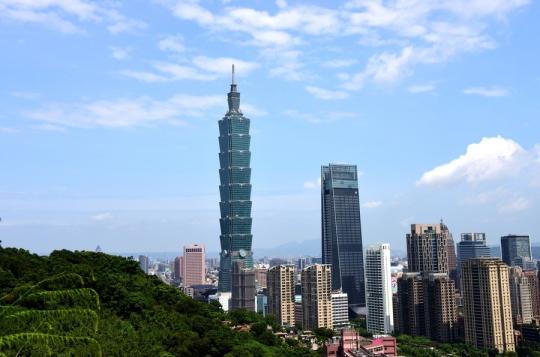 In a statement issued on Tuesday, a spokesperson for the Taiwan Work Office of the Communist Party of China Central Committee said it was decided that Hsiao Bi-khim, Koo Li-hsiung, Tsai Chi-chang, Ker Chien-ming, Lin Fei-fan, Chen Jiau-hua and Wang Ting-yu would be listed as die-hard "Taiwan independence" separatists, and punitive measures would be imposed against them.

They join Su Tseng-chang, You Si-kun and Joseph Wu Jau-shieh, who were already on the list after being sanctioned in November.

Among those sanctioned, Hsiao Bi-khim is the island's "representative" to the US who promoted House Speaker Nancy Pelosi's provocative visit to the Taiwan region earlier this month, which was strongly opposed and condemned by China.

The spokesperson said those sanctioned and their family members would be barred from entering the mainland and the special administrative regions of Hong Kong and Macao. Institutions they are affiliated with would be restricted from carrying out cooperation with relevant organizations and individuals on the mainland.

Enterprises related to them, as well as their sponsors, would also be barred from engaging in profit-making activities on the mainland. Other punitive measures would also be taken against those sanctioned. They would be held accountable for life, according to the law, the spokesperson said.

Sanctions would also be imposed on the president of the "Taiwan Foundation for Democracy," and the secretary-general of the "International Cooperation and Development Fund". They would be banned from entering the mainland and the special administrative regions of Hong Kong and Macao, according to the spokesperson.

Saying that the names of die-hard separatists announced so far were only part of a longer list, the spokesperson warned die-hard "Taiwan independence" separatists to avoid going further down the wrong path.

"No one should underestimate our resolve, will and ability to defend China's sovereignty and territorial integrity," the spokesperson said, adding that Taiwan compatriots should be fully aware of the few "Taiwan independence" separatists' nature of harming Taiwan, and should know where their own interests and well-being lie.

"We hope compatriots in Taiwan will consciously make a clean break with 'Taiwan independence' separatists, resolutely resist and oppose actions advocating 'Taiwan independence', and join hands with compatriots on the mainland in advancing the peaceful development of cross-Straits relations and the process towards national reunification," the spokesperson said.

Luis Delgado, a researcher at Venezuela's Center for Advanced Studies in Development and Emerging Economies, said a series of policies the Chinese government put forward to benefit the Taiwan region have greatly assisted cross-Straits economic and trade exchanges and significantly promoted the economic development and well-being of people on the island.

Despite this, Democratic Progressive Party authorities have been colluding with external forces and "seeking independence by relying on foreign support", which has caused tensions in cross-Straits relations, he said.

Wang Shushen, a researcher at the Chinese Academy of Social Sciences' Institute of Taiwan Studies, said the punitive measures on diehard "Taiwan independence" separatists sent a clear signal that the mainland will use a tool kit of measures to resolutely oppose and deter various kinds of separatist activities.

With the sanctions having been implemented, organizations related to the die-hards would be notorious worldwide, thus more organizations, enterprises and individuals will consciously break with them, Wang said.