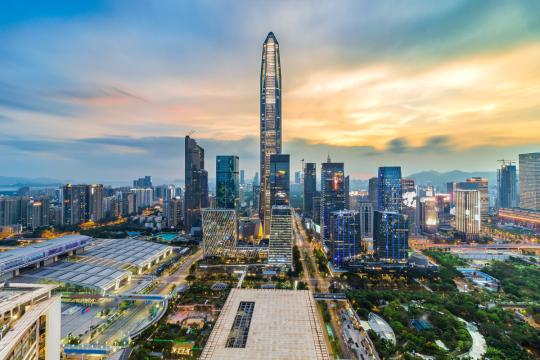 Premier Li Keqiang called on Tuesday for a greater sense of urgency to stabilize the foundation of economic recovery, saying that the nation's economic powerhouses must further tap into the potential of their policies, protect market players and stabilize growth.

Li highlighted the need to scale up macro policy support to shore up economic growth as he spoke at a symposium with top provincial officials of Guangdong province in Shenzhen. He also spoke with the governors of Jiangsu, Zhejiang, Shan-dong, He-nan and Sichuan provinces via video link during the meeting.

Li's remarks came as official data released on Monday suggested that the country's recovery in consumer and factory activity has slowed due to factors including a recent surge in COVID-19 cases and a real estate downturn.

According to the National Bureau of Statistics, China's retail sales, an important gauge of consumption, rose 2.7 percent year-on-year in July, down from 3.1 percent in June.

Fixed-asset investment expanded by 5.7 percent in the January-July period, down from 6.1 percent for the January-June period, dragged by a 6.4 percent decline in real estate development investment, the NBS said.

Li said China's economic recovery is now at a period that requires the most strenuous efforts in policy support, with data in July suggesting a fluctuation by a small margin after a rebound in June.

He called for steps to effectively coordinate epidemic containment and socioeconomic development, reiterating the importance of bringing COVID-19 under control, stabilizing economic growth and ensuring the security of development.

Li urged the six provinces — all China's economic powerhouses — to shoulder their responsibilities and play a key role in stabilizing growth.

It is important to ensure the unimpeded operations of major logistics corridors and stabilize industry and supply chains, he said, adding that the four coastal provinces among the six, which contributed over 60 percent of the nation's fiscal revenue, should ensure that they can make their due share of contributions to central finances.

Li urged greater strides in offering aid packages to businesses and helping them restore their vitality so that they can continue playing the principal role in creating jobs.

He noted that sluggish demand is a prominent problem now facing the economy, and called for the provinces to step up efforts to boost consumer spending and support homebuyers who are eager to improve their housing conditions.

The premier also stressed the importance of pursuing a higher level of opening-up and stabilizing foreign trade and investment.