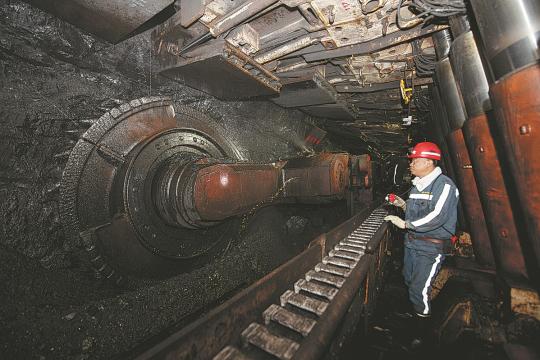 A miner works at a coal mine in Lyuliang, Shanxi province. (Photo/ China News Service)

Shanxi, China's top coal-producing province, is eyeing an output boost to ease power shortages in some areas across the country after shutdowns of certain coal mines amid heavy rains in the province added new pressure to electricity supply capability.

Provincial officials urged 51 coal mines that have reached whole-year production goals in the first eight months to continue extracting the fossil fuel, with an estimated output of 20.65 million metric tons to be seen by them in the fourth quarter, according to the local government.

Shanxi's move was to ensure coal supplies to power plants across the country as shutdowns of 60 coal mines amid heavy rains in the province have added new pressure to electricity supply problems in some regions, experts said.

Last month, power supply problems caused a power rationing in factories in provinces including Jiangsu and Guangdong, and also led to blackouts for some households in Northeast China.

The National Development and Reform Commission, China's top economic regulator, said in a recent statement that it had asked major coal producing provinces and enterprises to increase production and streamline transport to ensure energy supplies.

The latest data from the NDRC said that as of Thursday, the total number of power generation plants that have coal storage reserves of less than seven days' use have been reduced by 90 percent compared with that before the National Day holiday, indicating an improvement of coal supplies across the country, experts said.

"Going forward, other measures, including developing energy storage, increasing coal imports, encouraging the signing of midterm and long-term contracts between coal mines and power generation plants for better planning of supply, as well as supportive measures like lowering loan interest rates for power generation plants could all be adopted to curb power supply problems," Wu said.

Wu added that aligning with China's green commitments does not mean to rigidly cut coal production regardless of energy demand. "China's coal industry will eventually see a shrinking of production capacity with clean energies playing increasingly important roles in China's energy structure from a long-term point of view, but currently the fossil fuel still plays an important role in ensuring energy supply in the country."