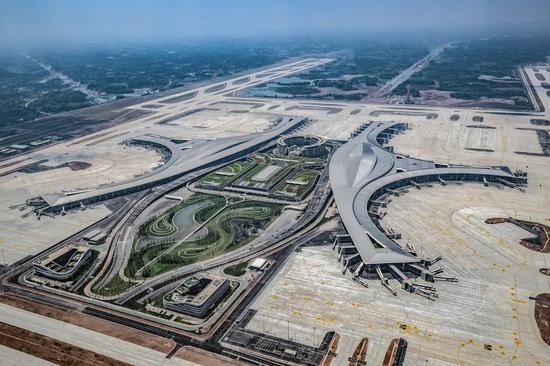 A bird's-eye view of Chengdu Tianfu International Airport, on May 31, 2021. (Photo/Xinhua)

Located some 50 km from downtown Chengdu, the Tianfu airport is the largest civil transport airport built during China's 13th Five-Year Plan period (2016-2020) and the second international airport in the provincial capital, Chengdu.

With first-phase investment exceeding 75 billion yuan (about $11.7 billion), the airport has two terminals totaling 710,000 square meters, roughly the size of 100 football pitches, and is capable of dealing with an annual passenger throughput of 60 million. 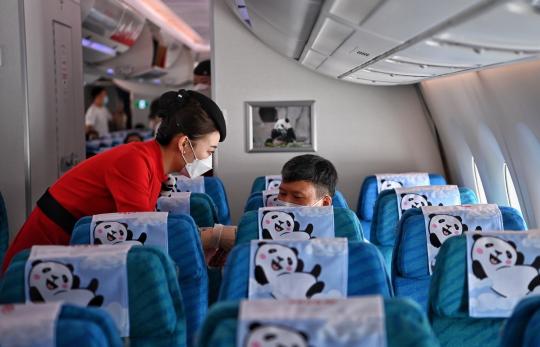 A flight attendant talks to a passenger on the flight ready to take off from the airport, on June 27, 2021. (Photo/Xinhua)