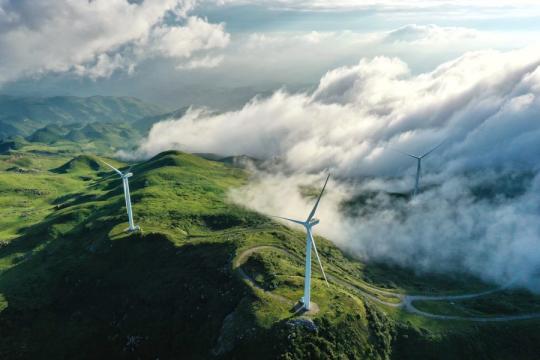 By not setting specific economic targets for the next five years, China has unleashed greater flexibility to achieve sustainable growth and meet its carbon reduction goals, a UN official said.

Instead of setting an economic growth target, the 14th Five-Year Plan (2021-25) states that the growth target should be kept "at a reasonable range", which was a positive step, she said in an exclusive interview with China Daily.

"This indicates that China is transitioning from years of fast, quantitative growth to higher-quality, more sustainable growth, allowing more room to pursue other equally important goals, including environmental ones," she said.

While addressing the general debate of the 75th session of the UN General Assembly via video link in September, President Xi Jinping announced that China aims to have carbon dioxide emissions peak before 2030 and achieve carbon neutrality before 2060.

"This was a vital commitment that came at a critical time when temptations were high to relax climate measures to boost economic recovery from the pandemic," Trankmann said. "It helped set the stage for a transition toward decarbonization both domestically and overseas."

Many climate experts agree that absolute emissions will need to plateau by 2025 to get China firmly on the path toward carbon neutrality before 2060.

"Meeting the carbon neutrality target is even more challenging for China, where growth is still relatively high compared to other parts of the world," she said.

"Carbon intensity must fall at a rate that more than offsets emission increases from growth, while energy consumption needs to be controlled."