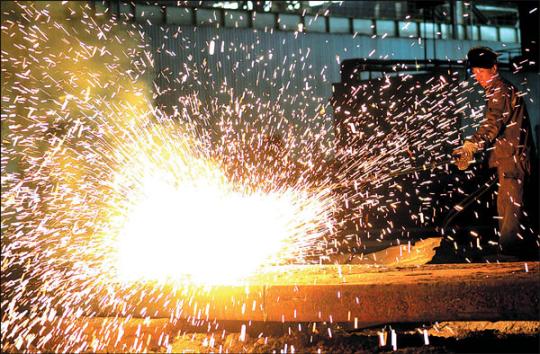 A worker oversees production at a plant of HBIS Group Hansteel Co in Handan in North China's Hebei province. (Photo/Xinhua)

China has met its target of reducing steel output by 150 million tons two years ahead of schedule, as envisaged in the 13th Five-Year Plan (2016-20), according to the Ministry of Industry and Information Technology on Monday.