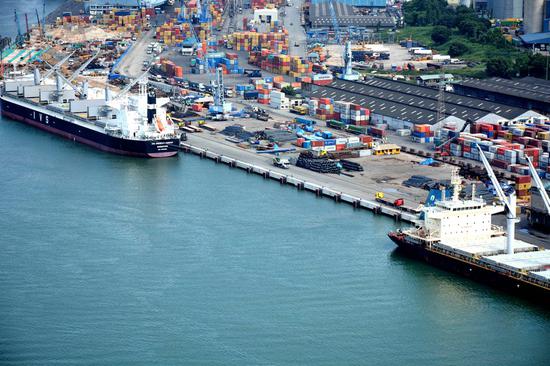 China has a good diplomatic tradition starting from 1991 that foreign ministers have come to Africa for the first visit every year, Wang said in an interview with the People's Daily as he concluded on Saturday his trips to five African nations, namely Nigeria, the Democratic Republic of the Congo, Botswana, Tanzania, and Seychelles.

Such a concrete action also embodies the traditional friendship between China and Africa and China's firm support for Africa's development and revitalization, Wang said, adding that it also illustrates an important diplomatic principle that China always stands together with developing countries.

Franca from Nigeria disinfects the button of an elevator at Southwest University in Chongqing, southwest China, Feb. 18, 2020. (Xinhua/Wang Quanchao)

Noting that this tradition has been held for the past 30 years, Wang said it should not be interrupted by the COVID-19 pandemic this year and China will not flinch.

African countries are also looking forward to the arrival of their Chinese friends, he added.

The two sides need to overcome difficulties, promote cooperation and seek a better future together through face-to-face communication, Wang said.

Wang said he held meetings respectively with leaders and foreign ministers from the five African countries, during which they have reached broad consensuses on implementing the important consensus reached by Chinese and African leaders, carrying forward the traditional friendship between the two sides and enhancing political mutual trust. 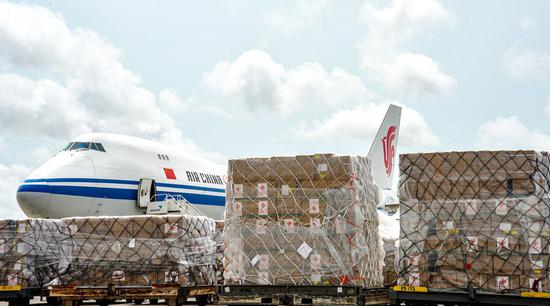 The Chinese diplomat said they also reached consensuses on joint fight against the pandemic, speeding up the resumption of major cooperation projects, pushing forward the joint building of the Belt and Road, and strengthening coordination on global and regional affairs.

A series of agreements were also signed during the meetings, which have deepened bilateral friendship, enhanced mutual trust, promoted cooperation and accumulated consensuses, he said.