China bars arrivals from 4 countries due to virus 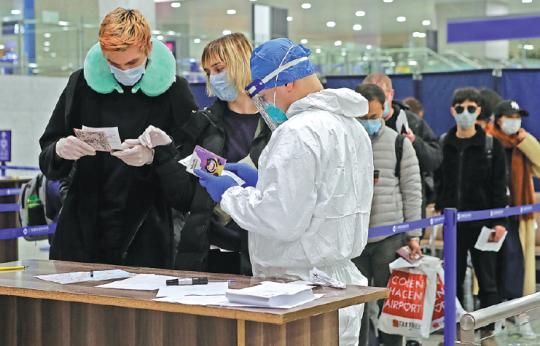 He spoke after the Chinese embassies in the United Kingdom, Belgium, the Philippines and India announced restrictions on travelers from those countries in notices released this week.

Wang told reporters at a regular news briefing in Beijing that the adjustment is based on practices overseas and also in light of the changing pandemic situation.

"It is legitimate, reasonable and in line with international practices," the spokesman said, adding that China thinks it will be understood. Wang added that the Chinese embassies will update the notices with changes in the pandemic situation.

The new suspension came after China eased its restrictions by allowing the entry into China by foreign nationals holding three categories of valid Chinese residence permits on Sept 28. In March, China had suspended the entry of foreigners holding valid visas and residence permits in response to COVID-19.

Starting on Thursday, England entered a monthlong lockdown and Britain's death toll rose to the highest in Europe as it grapples with more than 20,000 new coronavirus cases a day. The Philippines has the second-highest number of infections and deaths in Southeast Asia after Indonesia, Reuters reported.