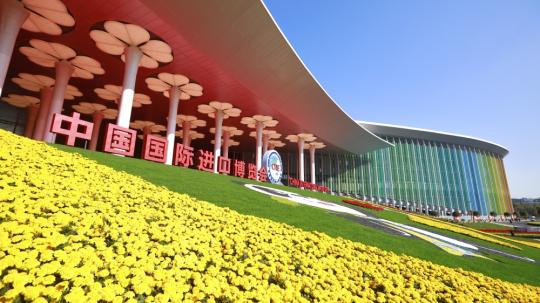 The National Exhibition and Convention Center in Shanghai, host venue for the China International Import Expo. (Photo provided to chinadaily.com.cn)

The exhibition area by contract exhibitors has reached its target as of this Monday, less than 100 days from the opening of the Third China International Import Expo, People's Daily overseas edition reported.

The Minister of Production Development of Argentina, Matthias Courfas, said at a recent online promotion meeting of the China International Import Expo in Argentina that China is Argentina's main economic partner and a window of opportunity. Participating in the CIIE will give products and enterprises from Argentina higher awareness, win them more opportunities and expand trade and investment channels.

People's Daily said the third CIIE has a planned exhibition area of 360,000 square meters, 60,000 larger than the second expo. Currently, area that has been contracted by exhibitors in consumer goods, medical treatment and trade in service has exceeded the planned area. The average area for the world's top 500 enterprises and leading firms in each of their sectors is expected to rise by 14 percent compared with the second expo.