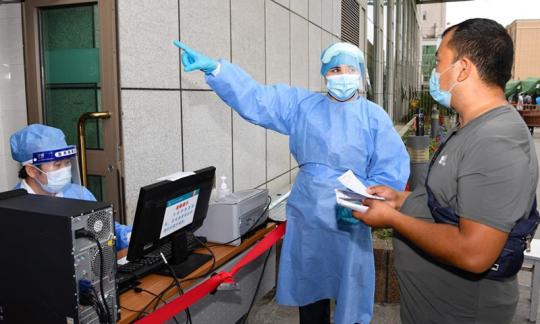 New COVID-19 infections in Northwest China's Xinjiang Uyghur Autonomous Region have been in decline for seven consecutive days, a trend that epidemiologists hail as the "tipping point" in the latest outbreak in the far western region.

Xinjiang reported 45 infections on Friday, marking seven consecutive days of declining cases and a sharp drop from the day before, when 112 new infections were reported.

The trend is hailed by experts as "possible tipping point for Xinjiang."

An outbreak was expected after the first case was detected less than two weeks ago, which is the usual incubation period, Zhang Yuexin, a medical expert who is part of the Urumqi anti-epidemic group and director of the infectious disease department of the First Affiliated Hospital of Xinjiang Medical University, told the Global Times.

The declining cases mean authorities have tested all those who should be tested and the outbreak has plateaued, said the epidemiologist.