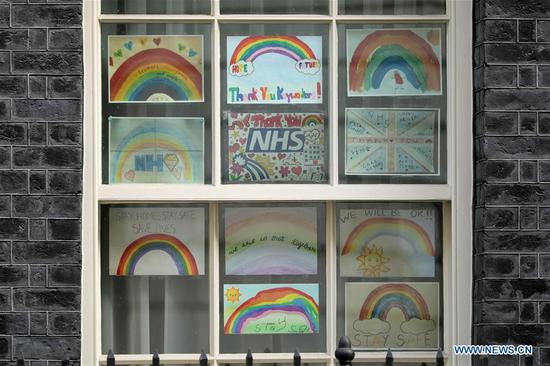 A total of 26,097 patients have died in hospitals, care homes and the wider community after testing positive for coronavirus in Britain as of Tuesday afternoon, Foreign Secretary Dominic Raab said Wednesday.

It is the first time the government figures have included deaths in care homes and the community, in addition to those in hospitals.

The latest death toll marked an increase of 3,811 compared with the figure available Tuesday.

Raab said the 3,811 deaths occurred between March 2 and April 28, including 765 deaths in the 24 hours as of Tuesday afternoon.

He also said that the new figures give a clearer picture of the outbreak, and the government is doing everything to meet the challenge in care homes.

As of Wednesday morning, 632,794 people in Britain have been tested of which 165,221 tested positive for the disease, said the Department of Health and Social Care. Health Secretary Matt Hancock has said the government is "on track" to meet the target of 100,000 tests per day by the end of this month.

Earlier, the health department announced that thousands of patients could benefit from potential treatments for COVID-19 that will be fast-tracked through a new national clinical trial.

Six potential drugs will initially enter the program, with the first of these beginning phase two studies -- the stage of a clinical trial focused on the testing of a drug on patients to assess how effective it is and side effects -- across Britain imminently, according to the department.

UK Research and Innovation Chief Executive, Professor Mark Walport said: "This initiative will rapidly test the most promising drugs in the fight against COVID-19. Bringing together expertise from across the UK's world-class research and innovation sectors -- from clinical researchers through to the pharmaceutical industry -- this national platform will rapidly prioritise and deliver the best potential drugs into clinical trials to discover if they can help people with COVID-19."

As for PPE (Personal Protective Equipment), Virgin Atlantic said that the airline is working with the British government and the NHS (National Health Service) on daily flights from China's Shanghai to London throughout May, June and July transporting over 1,500 tons of supplies that the teams here in Britain urgently need to care for patients. Enditem