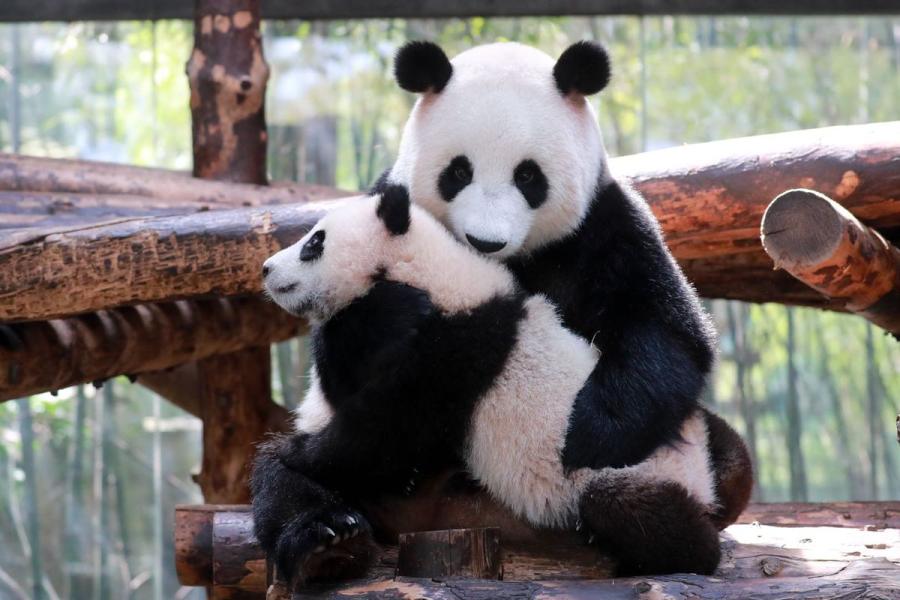 The baby panda with his mother Jia Jia. (Photo provided to China Daily)

A six-month-old giant panda cub met with visitors at the Shanghai Wild Animal Park in Pudong New Area on Saturday.

The cub, which has yet to be given a name, was born on October 6 and is the offspring of another giant panda Jia Jia which lives in the park.

The cub, which weighed just 185 grams at birth, now weighs more than 18 kilograms.

According to the animal keeper, the baby panda used to be slim and timid but now loves climbing to high places. It also likes to stay with his mother and has been learning how to chew bamboo.

To allow visitors to learn more about the panda cub, the park has documented its growth in a short video that is being showcased at the venue. 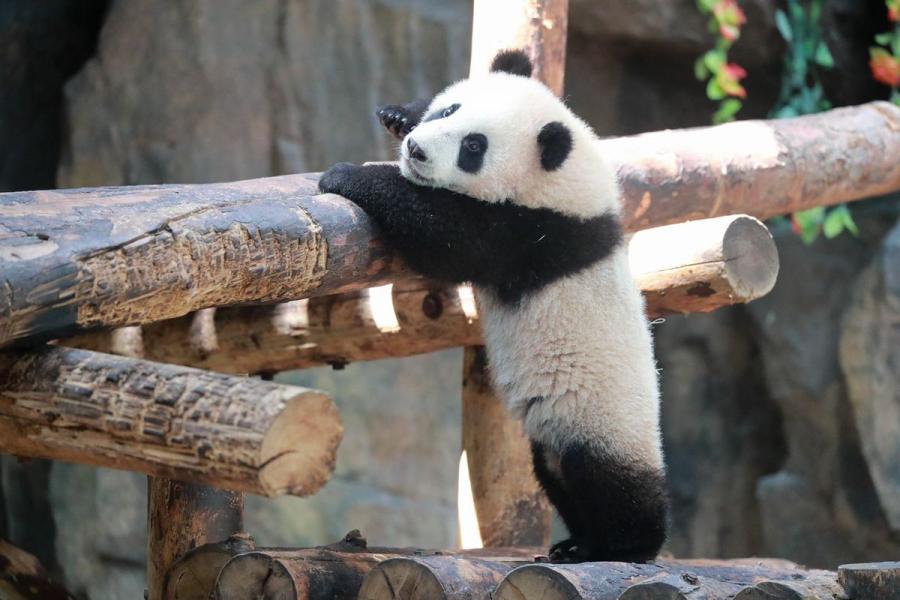 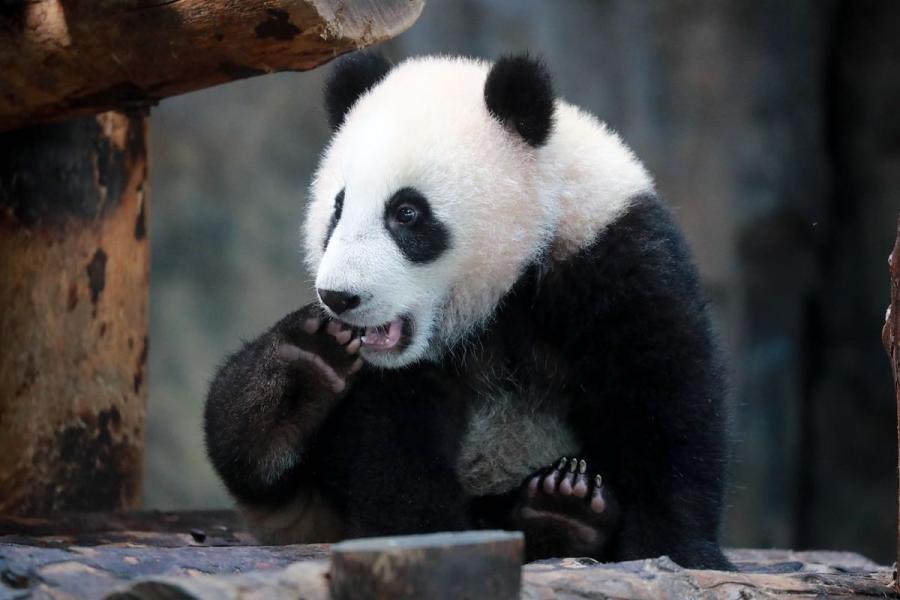