Imported cases are increasing in Suifenhe 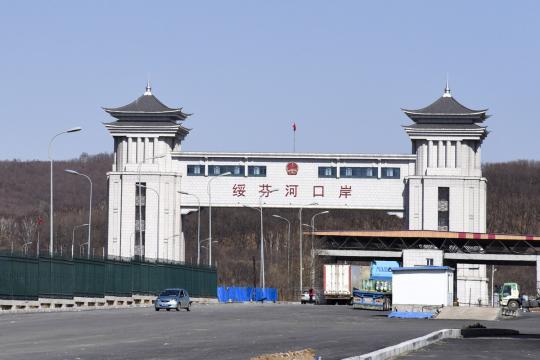 Heilongjiang's border city Suifenhe has confirmed more COVID-19 infections among a group of people who arrived before the border was closed and are currently quarantined.

The province's health commission reported that the 79 new cases reported on Tuesday were all Chinese people who entered the mainland via the highway port of entry in Suifenhe after flying from Moscow to Vladivostok in Russia. They had arrived before the border port was closed. The authority confirmed no new local infection cases in Suifenhe.

With the help of national and provincial medical support, the city vowed to contain the COVID-19 cases, said Wang Yongping, the city's acting mayor.

As of Tuesday, the province has reported 326 confirmed imported cases, 322 of whom entered Heilongjiang via Suifenhe, a county-level city under Mudanjiang.

The closure of all border crossings with Russia to travelers, especially the highway port of entry in Suifenhe, has been enforced since April 7.

"No local cases related to the imported patients were reported in the city," said Yu Kaijiang, director of the First Affiliated Hospital of Harbin Medical University and head of the provincial medical team dispatched to Suifenhe.

"However, due to the limited medical resources in both Suifenhe and Mudanjiang, Mudanjiang will face great pressure if there are more than 1,000 patients," Yu added.

Amid mounting pressure, the local government has taken strict pandemic-control measures by placing all returnees under concentrated quarantine and conducting coronavirus tests.

"Since March 21, there have been 2,497 people who entered China via Suifenhe, and 1,479 people are still under quarantine," Wang Yongping, Suifenhe's acting mayor, told CCTV News on Monday.

"It is estimated that 15 to 20 percent of the returnees will eventually be confirmed as COVID-19 cases," he added.

On Monday, the provincial virus control and prevention department offered a reward of up to 3,000 yuan ($425) for information that assists in finding people who cross the border illegally.

In addition to provincial support, the central government also sent teams to facilitate the efforts.

Meanwhile, a mobile, negative-pressure laboratory with a daily coronavirus testing capacity of more than 1,000 has begun work in Suifenhe, People's Daily said on Tuesday.

"The laboratory is more intelligent," she said. "As long as someone is perceived to enter, it will automatically enter the working state in a few seconds."

There are also another 10 professionals testing workers from the province who have joined the laboratory.

Among the infected cases, some have been found with severe conditions, and many inbound arrivals are businessmen between the ages of 40 and 50, according to Yu.

"They were exhausted after the long journey, which could have worsened their condition," he said. "There are 21 patients in serious condition, about one-third of whom have flu symptoms."

Construction was completed on Saturday of a makeshift hospital, which has been transformed from an office building and has more than 600 beds.