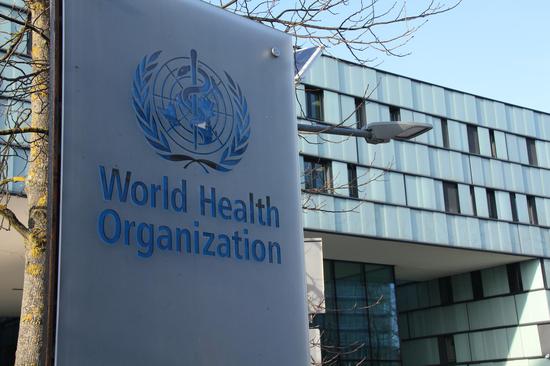 An exterior view of the headquarters of the World Health Organization (WHO) in Geneva, Switzerland, Jan. 22, 2020. (Xinhua/Liu Qu)

The World Health Organization (WHO) said Tuesday that the novel coronavirus epidemic has not become a pandemic but an outbreak with multiple foresides, and that fighting against the "epidemic of information," rumors or false information, is crucial.

Dr. Sylvie Briand, director of the Global Infectious Hazard Preparedness at WHO, said at a briefing in Geneva on Tuesday that the WHO believes the outbreak has not been a pandemic, but an outbreak with multiple foresides.

The reason behind that judgment is that 78 percent of cases in China so far have come from Hubei province which is the epicenter of the outbreak, with intense human-to-human transmission. Outside Hubei there are "spillover" cases which are people infected before the lock-down but having moved to other places across the country. The 23 other countries where confirmed cases have been similarly reported.

Dr. Briand said that the Chinese authority has put in place "mitigation measures" to reduce the transmission to outside Hubei, and also been building hospitals to treat people and reduce mortality.

While outside Hubei and in other countries, the current strategy is to stop the transmission to make sure that there is not a second Hubei scenario, which is why countries are implementing early case detection, early isolation and treatment of patients, contacts tracing, and social distancing measures in places of transmission risks. The WHO believes that strategy can be done, she added.

Meanwhile, "epidemic of information" or "info-demic," which Dr. Briand referred to as epidemic of rumors or false information circulating at the same time, could hamper measures to combat the virus.

She cited examples of the yellow fever in Angola several years ago and the latest Ebola outbreak in D.R. Congo. In the yellow fever outbreak, rumors had it that people vaccinated could not drink beer for a week, which directly led to the drop of vaccination rate; while in the Ebola outbreak, there was the rumor that the Ebola disease did not exist, which hampered treatment for some patients.

It's "very important to tackle misinformation promptly at the start of an outbreak," she said, especially when social media is accelerating the spreading of such information.

According to Dr. Briand, the WHO held a call conference Monday with over 50 representatives from large companies to discuss the coronavirus, a particular concern for companies with employees in different countries.

The WHO also has targeted specific sectors, such as travel, tourism, food, agriculture, and also communities of health care workers through various international associations, to provide tailored and trustworthy information about the outbreak.

Regarding the repatriation to other countries from China, Dr. Briand said the WHO is working with member states on how to harmonize the practices and make sure that everybody shares best practices.

She added that since it's the early stage of the outbreak, every country is quickly implementing measures according to their own experience with similar previous situations of transmission. She hoped that in the coming days member states could align their best practices.