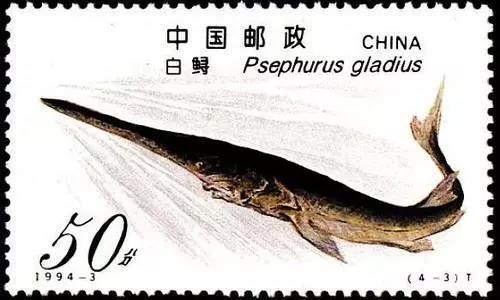 （A stamp of psephurus gladius）

The paper published on Dec 23 on the online edition of the international journal Science of The Total Environment shows that the largest freshwater fish in China might have gone extinct between 2005 and 2010.

Wei Qiwei, an author of the paper, said that in September last year, experts from the International Union for Conservation of Nature estimated that this unique and first-class protected fish had been extinct already.

It represents another animal declared extinct in the Yangtze River in recent years. The baiji, or Yangtze River dolphin, a type of freshwater dolphin, and reeves shad were both classified as functionally extinct.

Psephurus gladius was about 2 to 3 meters long, and could grow longer than 7 meters. The fish had existed for 15 million years.

The latest discovery of the fish happened in 2003, and scientists helped the fish to return and tried to track it, but a boat accident caused the tracking efforts to fail. Since then, no discovery was reported and no such fish kept in captivity.

"Psephurus gladius was so big that it was hard to raise in captivity," Wei said. Between 1984 and 1993, he once tried to save four trapped fish, but only one survived and returned to the river.

The extinction of the fish has aroused public attention as people expressed sadness over the death, hoping more animal resources would be better protected so future generations could see them.

From Jan 1, China began a 10-year fishing ban on key areas of the Yangtze River to protect biodiversity in the country's longest river, according to the Ministry of Agriculture and Rural Affairs.