Nation to set up standard for facial recognition technology 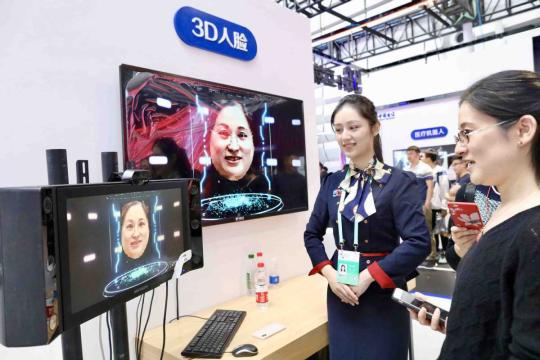 China has started to compile a national standard for facial recognition technology as its ubiquitous application triggered heated discussions about data security.

"It will be a guidance and foundation for the yardsticks of facial recognition in all fields, including industrial, regional and organizational regulations," said Zhang Wang, vice-president of SenseTime Group, the leading unit of the national team crafting such standards.

The team was formed last month by the National Information Security Standardization Technical Committee. It also involves technology giant Tencent, Ant Financial, the finance arm of Alibaba Group, Pingan Group and other leading firms in the domain of artificial intelligence.

Heading the team, SenseTime in 2014 was founded by Tang Xiao'ou, a well-known AI scientist and professor at the Chinese University of Hong Kong. It has become a leading global AI algorithm provider for more than 700 customers. The customers include Alibaba and smartphone maker Xiaomi.

"Our key work now is to set up a framework of the national standard and a two-year plan for the team," Zhang told China Daily. They are currently collecting and studying issues that need to be addressed.

The move comes given the technology's widespread use in people's lives, from unlocking smartphones to security checks for daily payments. This in turn sparked concerns over personal data security.

For example, a face-swapping app named Zao, which enables users to imitate celebrities through the use of artificial intelligence, requires users to fully authorize the image right on the platform.

Another example is the facial recognition-empowered self-serve package locker Hive Box, which was found to have a bug as some students opened lockers using the printed photos of parents.

Zhang vowed in reaction to those concerns to develop standardized criteria for recognition accuracy, ability to detect attacks, and other issues that are commonly raised by users.

He stressed the first batch of benchmarks will focus on technical requirements, recognition methods and personal data management.

He believes the challenge would be how to guarantee implementation of these standards and one solution is to establish systematic testing methods to check each requirement in an effort to eliminate impractical requirements.

Meanwhile, there is also a need to effectively facilitate the technology's healthy and sustainable development, rather than thwart it by restrictions, he added.

It has become a must to provide practical protection for biological identification technologies, otherwise more problems would emerge, said Zhang Dapeng, a professor at the Chinese University of Hong Kong in Shenzhen.

He pointed out data privacy and security is gaining traction in China and abuse of personal information, as important as one's facial image, is becoming more and more difficult for people to accept.

"It is no longer a technological problem, but an important social issue, which needs government's participation," he said, while emphasizing legislation is crucial to solve the problem.

Several disputes have appeared regarding to the legitimacy and ethics of using personal image data. In October, a park in Zhejiang province was sued for the collection and use of visitors' image details by a consumer, while an application in classroom to supervise the behavior of students also came under fire from parents.