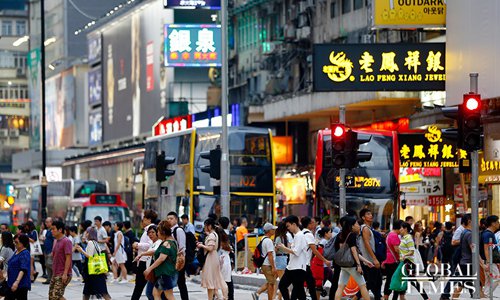 The Hong Kong Special Administrative Region (SAR) government's chief secretary for administration said on Sunday that the SAR government hopes to seek solutions to problems through sincere dialogues and he has started in-depth dialogues with people from different sectors.

"The SAR government hopes to engage in sincere dialogues with people from all walks of life and with different political stands and backgrounds, so as to more thoroughly understand the deep-seated problems in the society, seek solutions and push Hong Kong forward," Cheung Kin-chung said in a blog article published on the official website of the Chief Secretary for Administration.

Cheung said besides his recent in-depth dialogues with people from different sectors, the Commission on Children and the Youth Development Commission, both chaired by him, also held meetings last week to discuss the controversies caused by current social incidents.

The meeting of the Commission on Children, focusing on issues including campus bullying, agreed that inappropriate exposure to violent scenes may have a far-reaching emotional impact on children, and called on people to put the good of children as the priority, he said.

The Youth Development Commission has held a thematic meeting focusing on housing, and will hold more such meetings on issues of education and employment, he said, adding that secretaries of relevant departments of the SAR government will attend the meetings and listen to advice.

"The government earnestly hopes the society will return to calm, replace confrontation with sincere dialogue and rebuild mutual trust," Cheung said, stressing that the SAR government will strive to build a caring, peaceful, inclusive and just Hong Kong with a sincere, pragmatic and humble attitude and a people-oriented approach.