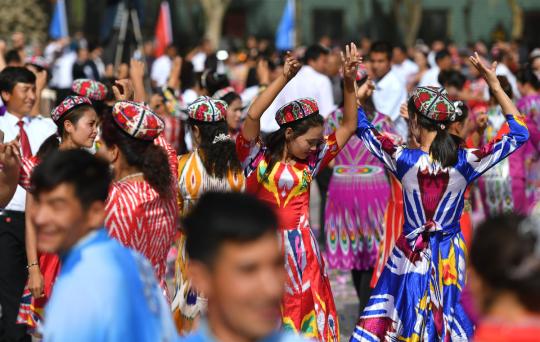 The funds, distributed to 32 poor counties in the first eight months of this year, have been utilized to promote the agricultural production and infrastructure construction, with the priority being given to industrial projects which can bring the impoverished stable income, the regional finance department said.

The funds have also been used to improve the living conditions by building more public facilities, including waste and sewage treatment facilities and public toilets.

More than 93 percent of the funds went to four prefectures in southern Xinjiang, which have long suffered poverty, underdeveloped economy, extreme climate and fragile environment.

Xinjiang invested over 33.4 billion yuan in poverty reduction last year. The region's poverty headcount ratio dropped from 19.5 percent in 2013 to 6.1 percent in 2018, with per capita disposable income of its rural residents surging from 119 yuan in 1978 to 11,975 yuan last year.