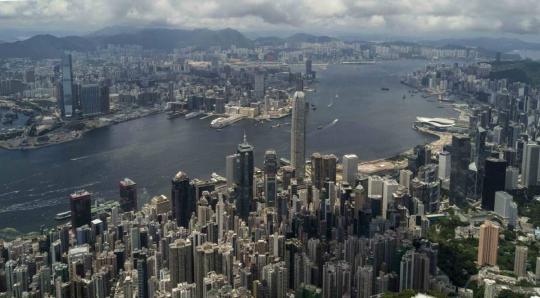 The government of the Hong Kong Special Administrative Region should provide more affordable housing for local residents and boost the city's homeownership rate through innovative policies and legislation.

This will enable more people to benefit from the city's economic development and narrow the wealth gap, the expert said on Friday.

If the majority of people are gloomy and their quality of life is poor, then the social climate will be affected, Wong said.

Hong Kong has been in chaos over the past three months, handling its biggest political crisis since the handover. The social unrest has prompted the SAR government, and the central government, to review deep-rooted economic and livelihood issues. Many believe that making the city's housing more affordable would moderate the social climate and bring hope to desperate young people.

Hong Kong has the least affordable home prices in the world, according to the Demographia 2019 International Housing Affordability Survey. The ratio of the median property price to the median household income, was 20.9 times in Hong Kong, with the home price HK$7.169 million ($916,195) and the household income HK$343,000. That means that it would take an average household 20.9 years to be able to afford an apartment in Hong Kong if there were no other expenses.

By comparison, the ratio for Vancouver, which ranked second in the latest survey, was 12.6 years and that for third-place Sydney was 11.7 years.

A total of 49.2 percent of households in Hong Kong own their home, according to the official homeownership rate for 2019. The levels peaked at 54.3 percent in 2004, but have been on the decline since 2011. In Singapore, Hong Kong's longtime rival, the rate stands at 90 percent.

"Overall, 1 percent of Hong Kong's population possesses half of the city's wealth," Wong noted. "Meanwhile, the increase in people's salaries is far behind the surge of the city's housing prices."

The gap between those who own property and those who don't in the world's least-affordable property market continues to widen, said Wong, who is also head of Public Policy Institute of the foundation.

He noted that people have turned their backs on the SAR government's plan to develop new land in the past, because they thought it would not improve housing affordability.

Noting that 30 percent of housing units in Hong Kong are public rental housing, Wong said it's more important to develop affordable housing to sell, rather than to rent.

For local residents, it would be an affordable way to own property. For the SAR government, it would also be better financially as public rental housing has to be built and then maintained and the government does not recoup its investment through rent, Wong said.

He added that Hong Kong should learn from Singapore on the issue. Through forward-looking planning of land development since the 1960s, Singapore has reserved a lot of land for future city development. Bold policies and legislation helped Singapore effectively make use of all land that can be developed, and conduct necessary reclamation.

If the Hong Kong SAR government can formulate a comprehensive land and housing blueprint and make a commitment on affordable housing, the public will support it and the relevant policies, Wong said.