Delicious traditional desserts from countries around the world(1/10) 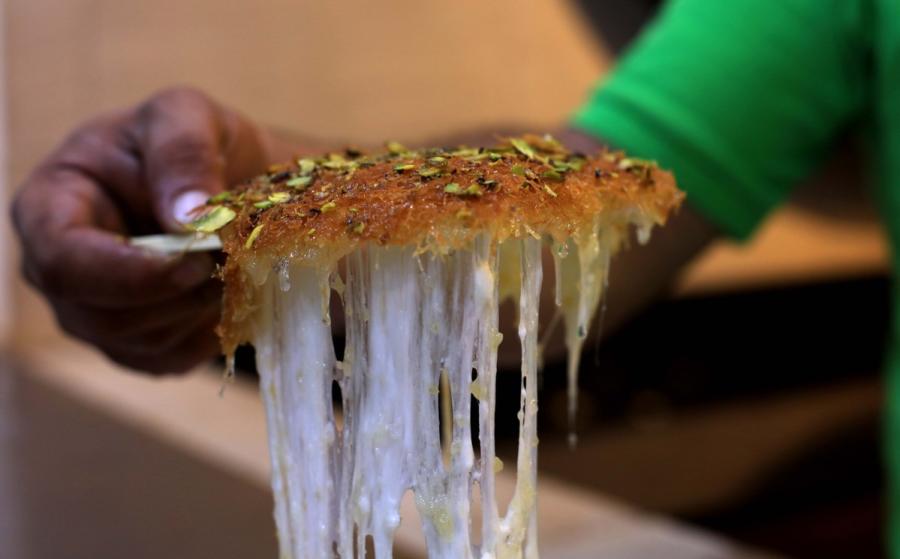 A vendor sells kunafa at a store in Amman, Jordan, Sept 8, 2019. Kunafa is a traditional Arabic dessert made of cheese, flour, syrup and nuts. [Photo/Xinhua]

Editor's note: Friday marks Mid-Autumn Festival this year. The festival is for lunar appreciation and moon watching, when mooncakes, a traditional Chinese bakery dessert, are regarded as an indispensable delicacy. Similar to China, many countries also have their own traditional desserts that are often eaten during special occasions. Let's take a look at some photos featuring mouth-watering desserts from countries around the world.

Photo taken on Sept 5, 2019 shows challah (a Jewish bread) prepared for Sabbath at a bakery in Mea Shearim in Jerusalem. Challah is a special kind of bread in Jewish cuisine, usually braided and typically eaten on ceremonial occasions such as Sabbath. [Photo/Xinhua] 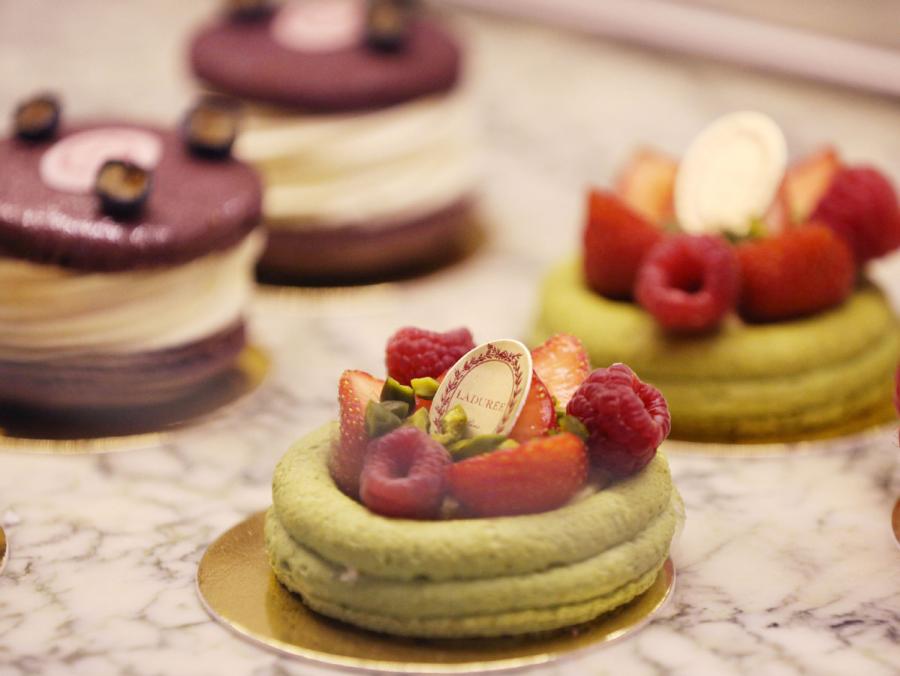 Photo taken on Sept 3, 2019 shows macarons at French macaron shop Laduree in Paris. Macaron is a sweet meringue-based confection made with egg white, icing sugar, almond powder and food coloring. In history it was an aristocratic food and a symbol of luxury. As a symbol of French dessert, the macaron is popular with people all over the world nowadays. [Photo/Xinhua] 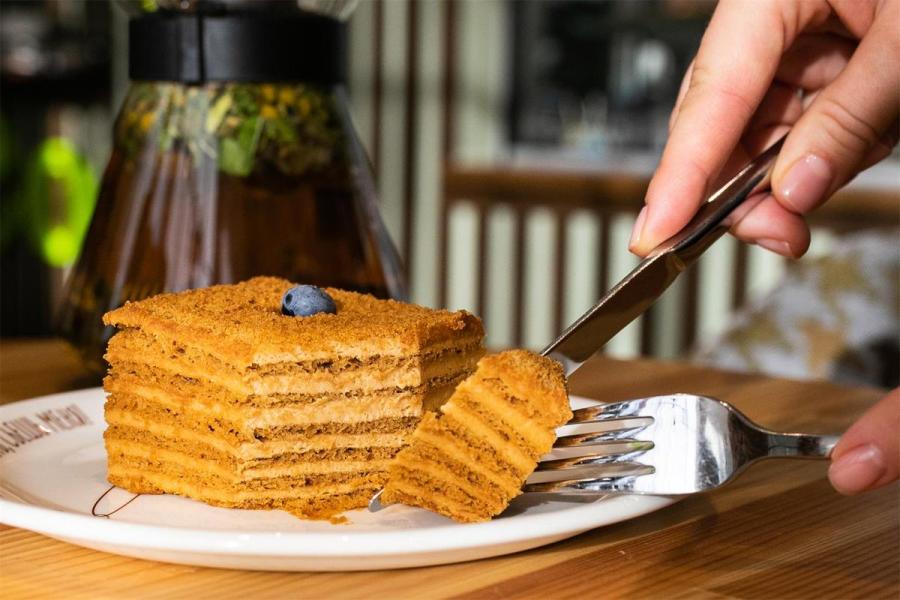 A customer cuts a Medovik cake at a cafe in Moscow, on Aug 28, 2019. Medovik is a Slavic layer cake with cream filling, often covered with cake crumbs. The main ingredients are honey, flour, butter and milk. The pastry was invented in the early 19th century and gained popularity during the Soviet era. [Photo/Xinhua] 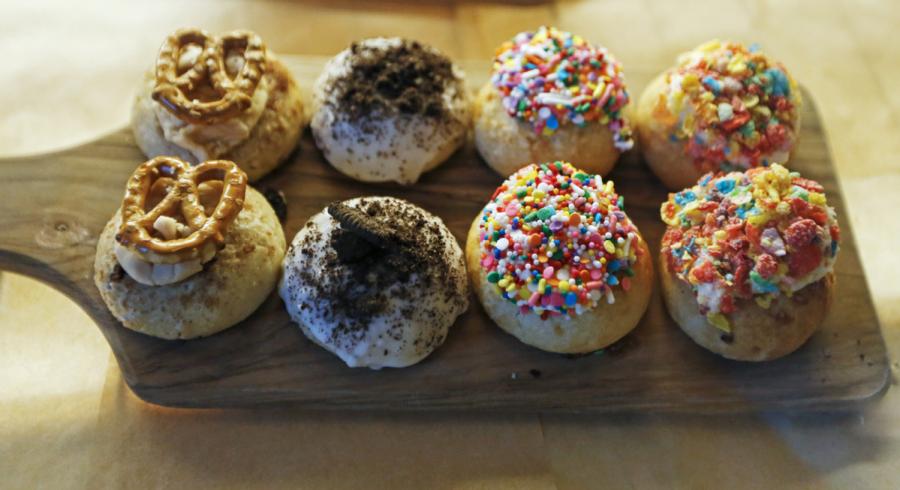 Sweet treats topped with pretzels, crushed cookies and candy are displayed on a board at a Los Angeles shop, on Aug 29, 2019. [Photo/Xinhua] 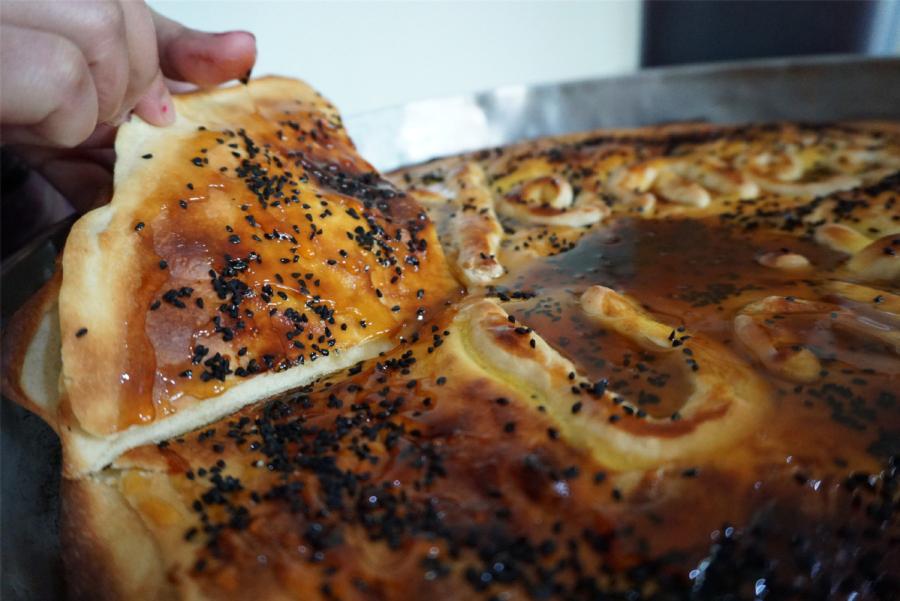 Amal Mutahar shows a flaky layer of the Yemeni dish Bint al-Sahn after she bakes it in Sanaa, Yemen, on Sept 4, 2019. Yemen's women are very skilled in cooking Bint al-Sahn, a large flaky pastry kneaded from a mixture of flour, water, eggs, sugar and clarified butter that gives the dish a shiny golden color. The dough is sprinkled with nigella seeds. The dish is served warm with natural Yemeni honey drizzled on top. Young people adore this sweet dish. This is the must-serve dish at any engagement and wedding party, especially in the northern parts of the country. [Photo/Xinhua]

Photo taken on Sept 1, 2019 shows an assortment of Nyonya Kuih rice cakes in Kuala Lumpur, Malaysia. Nyonya Kuih is a Malaysian steamed rice cake with Chinese roots. Its typical ingredients include rice or glutinous rice, spices, coconut juice and plant-based pigment. In most cases Nyonya Kuih is still made by hand, a technique adopted by the local Malaysian-Chinese community for generations. [Photo/Xinhua] 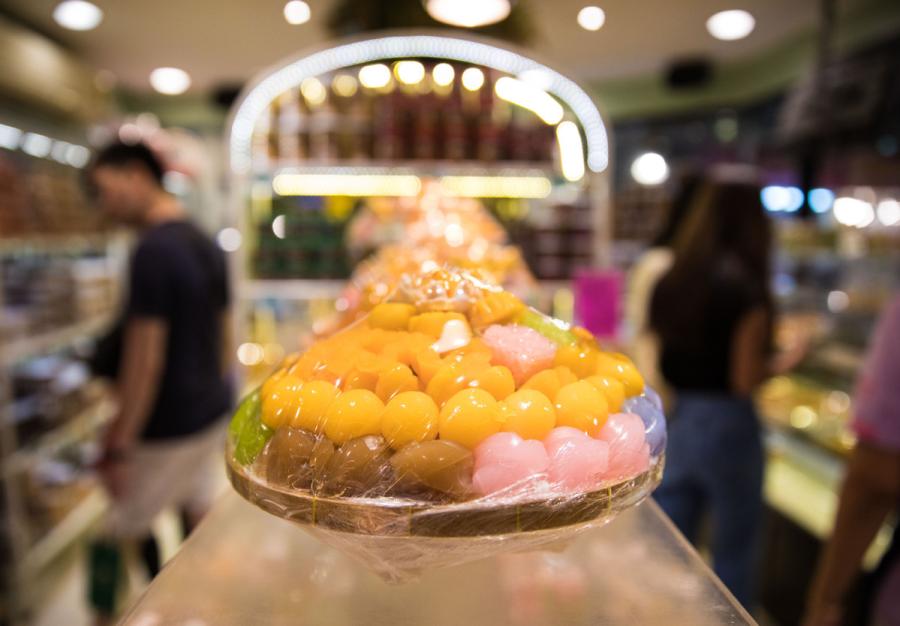 Customers pick traditional Thai desserts at a pastry store in Bangkok on Sept 1, 2019. Thong Yip, Thong Yod and Foi Thong are three traditional Thai desserts made for important occasions and ceremonies. The color of these desserts, yellow or gold, stands for auspiciousness and wealth in Thai culture. Made of egg yolk, syrup and flour, the sweet-tasting desserts are popular among locals. [Photo/Xinhua] 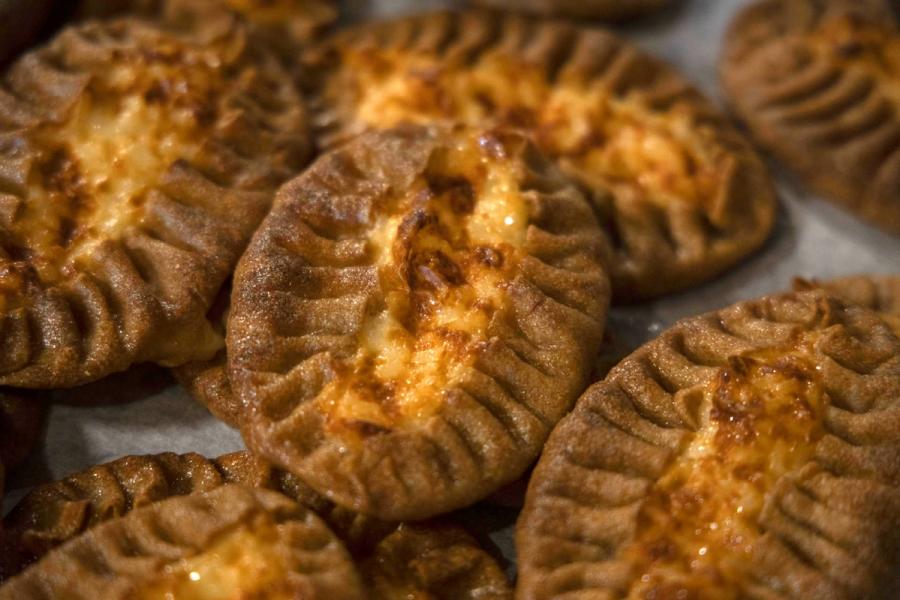 A butter and water mixture is brushed on these pies at the Sara museum cottage, where local baker Pirkko Lensu makes the Finnish national pastry, Karelian pie, in traditional environment in Lemi, Finland, on Sept 2, 2019. Karelian pies are typically traditional Finnish food with many variations, but the traditional recipe has been well protected and inherited. [Photo/Xinhua] 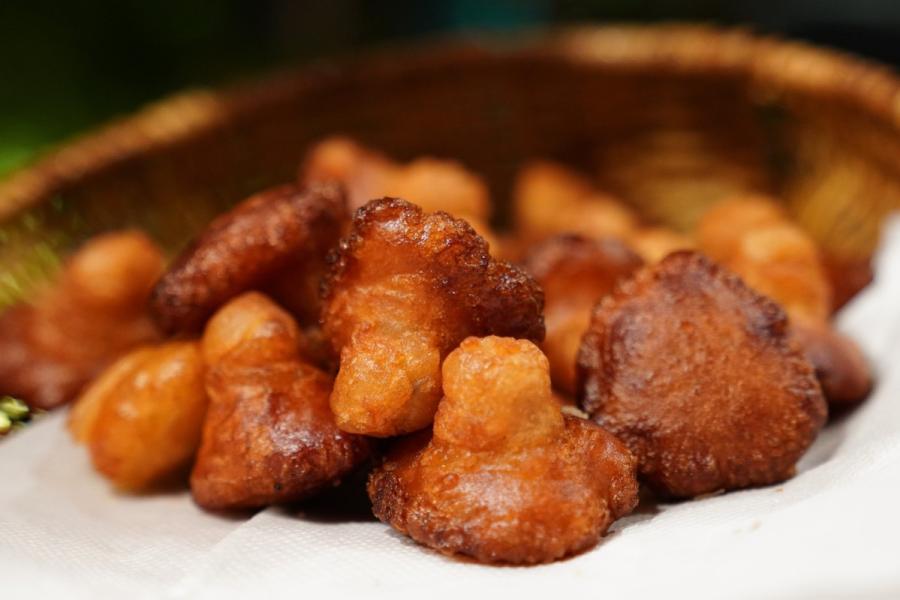 Konda Kavum, a traditional dessert in Sri Lanka made with rice flour, syrup and coconut milk, are displayed at a hotel in Colombo, Sri Lanka, Sept 2, 2019. [Photo/Xinhua]