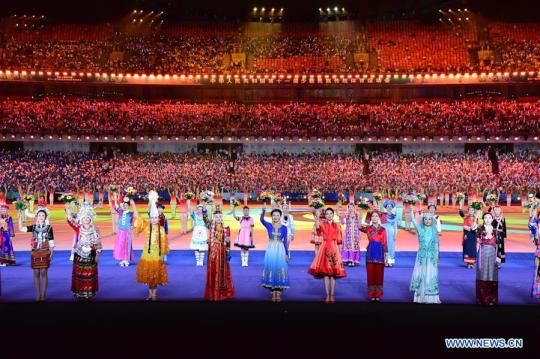 Photo taken on Sept. 8, 2019 shows the performance at the opening ceremony of the 11th National Traditional Games of Ethnic Minorities of the People's Republic of China in Zhengzhou, central China's Henan Province. (Xinhua/Zhu Xiang)

More than 7,000 athletes from 34 delegations from around China, including a Taiwan Province delegation, will compete in 17 traditional sports encompassing 140 full events and 194 exhibition events during the 9-day Games, which wrap up on September 16.