How external forces have inflamed tensions in Hong Kong

Over the last two months, some Western governments and figures have issued statements regarding Hong Kong and taken actions related to the protests and violence.

U.S. Vice President Mike Pence's remarks on Monday, the latest by Western politicians on Hong Kong, has drawn strong opposition from the Chinese side.

The Office of the Commissioner of the Ministry of Foreign Affairs of China in the Hong Kong Special Administrative Region (HKSAR) on Tuesday expressed strong dissatisfaction and objection.

It said some U.S. politicians have clung to the Cold War mentality, hegemonic thinking and the zero-sum bias, confounded right with wrong, and grossly interfered in China's internal affairs by making irresponsible comments. "We strongly deplore and firmly oppose it," the office said.

Starting June 9, demonstrators protested the proposed amendments by the HKSAR government to two ordinances concerning fugitive offenders. Even though the amendments have been completely halted, the opposition made more demands and raised the level of violence. 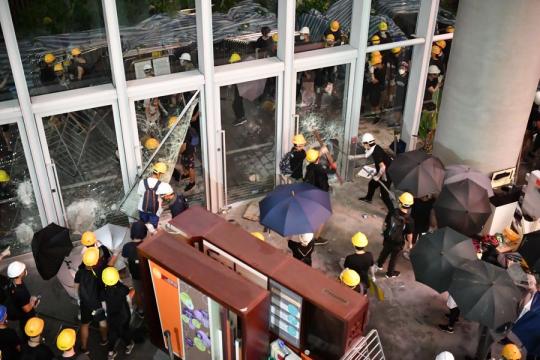 Over the last two months, some Western governments and figures have issued statements regarding Hong Kong and taken actions related to the protests and violence.

Some politicians hosted Hong Kong opposition leaders and rendered them support on different occasions. Some frequently spoke up to manipulate and radicalize public opinions in Hong Kong. Some advocated violence and clashes in the name of democracy and freedom with a true aim to create disorder and chaos.

On March 21, the U.S. State Department published the 2019 Hong Kong Policy Act Report, in which it made a series of false accusations regarding Hong Kong, saying its autonomy is diminished. The HKSAR government rejected the report as distorting facts and causing confusion.

On July 8, both Pence and Pompeo met with Hong Kong opposition businessman Jimmy Lai to discuss developments related to the amendments and the status of Hong Kong. The visit was seen as "very unusual for a [non-government] visitor to get that kind of access", according to media reports.

Nancy Pelosi, speaker of the U.S. House of Representatives, repeatedly voiced her support of violence in Hong Kong. In June, she called the demonstrations in Hong Kong "a beautiful sight to behold", when radical protesters were assaulting police officers with bricks, home-made spears, and petrol bombs.

In August, Pelosi made statements to support the protesters, in which she called rioters "courageous" and claimed that Hong Kong police use "aggression and abuse". 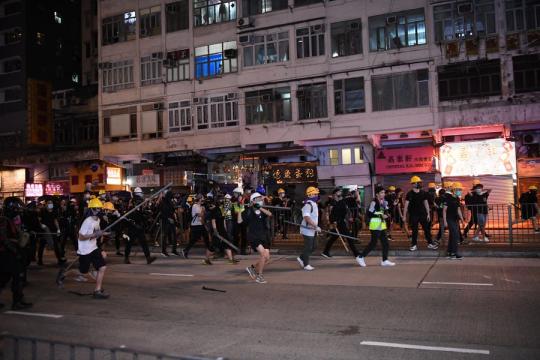