A fire fanned by a strong wind devours vegetation near the village of Monze, in the Aude department, southern France on August 15, 2019. The fire broke out on August 14 afternoon in Aude, southeast of the city of Carcassonne, in forests that were classified as having a "severe" risk of fire because of a recent drought. More than 500 firefighters have been deployed to battle a blaze that has already destroyed 900 hectares of pine forest in southern France, the fire service said on August 15. (Photo/Agencies) 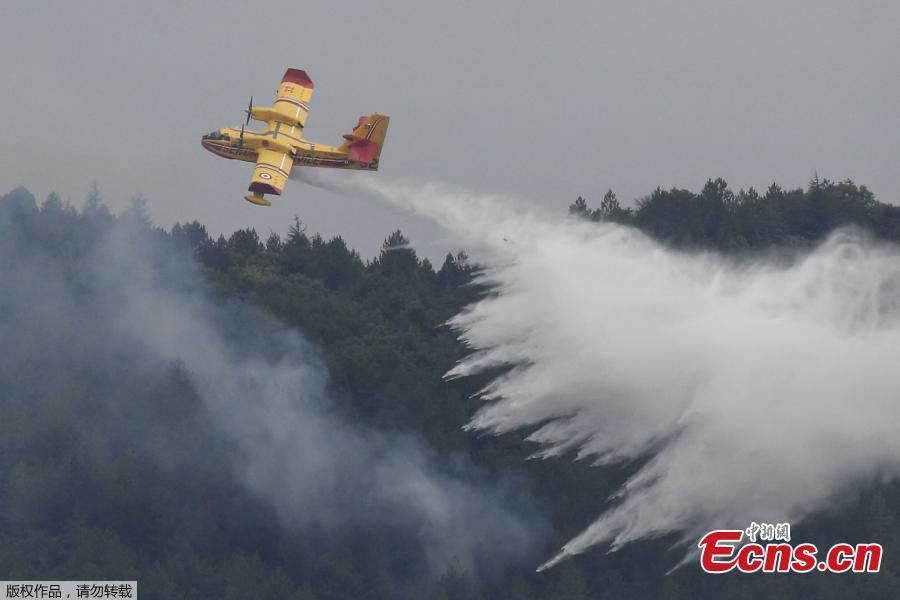 An airplane drops water to put out a forest fire that rages near the village of Monze, in the Aude department, southern France on August 15, 2019. More than 500 firefighters battled on August 15 to contain a fire sweeping through a pine forest in southern France, with officials warning that strong winds could hinder efforts to bring the blaze under control. Some 900 hectares (2,000 acres) have been destroyed since the fire broke out on August 14 afternoon in the rugged hills of the Aude department, about 100 kilometres (60 miles) southeast of Toulouse. (Photo/Agencies)