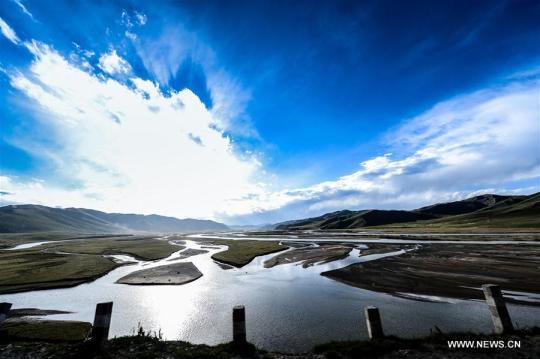 President Xi Jinping encouraged efforts to protect the environment and biological diversity in a congratulatory letter on Monday to a forum on national parks.

Xi, also general secretary of the Communist Party of China Central Committee, said that building an ecological civilization bears great significance in the development and progress of human civilization.

In recent years, China has adhered to the understanding that clear waters and lush mountains are invaluable assets and has adopted a holistic approach to conserving the country's mountains, rivers, forests, farmlands, lakes and grasslands, he said in the letter.

The first National Park Forum, themed "Establish the Mechanism of Nature Reserve Areas with National Parks as a Major Component", opened on Monday in Xining, capital of Qinghai province.

In 2017, China devised a national park system aimed at protecting more of the country's areas of outstanding natural beauty. The country's first pilot national park in the Sanjiangyuan area of Qinghai is set to open in 2020.

Xi said the purpose of establishing the national park system is to protect the authenticity and integrity of natural ecosystems, preserve biological diversity, protect ecological buffer zones and leave behind precious natural assets for future generations.

The system is an important measure taken by China to promote ecological protection, build a beautiful country and pursue harmony between humans and nature, he said.