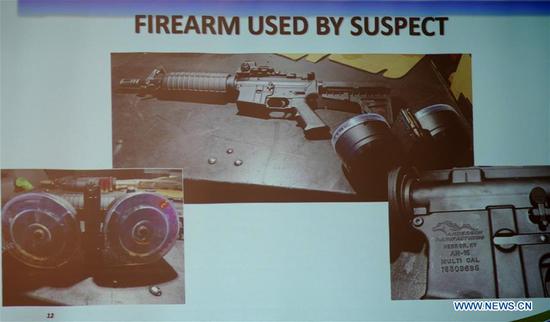 Local police on Sunday identified the suspect of a shooting spree in the city of Dayton, U.S. state of Ohio, as Connor Betts, a 24-year-old white male.

In a press conference, Dayton Mayor Nan Whaley said it took less than a minute for the shooter to claim the lives of nine people, including Betts' 22-year-old sister Megan Betts, before being killed by the police.

Dayton Assistant Police Chief Matt Carper said Betts was from Bellbrook, a suburb of Dayton, and the motive of the shooting is still under investigation.

The shooter opened fire in a popular bar district in Dayton around 1:00 a.m. local time Sunday. Authorities said those killed were four women and five men, ranging in age from 22 to 57. Of the 27 people injured, four remained in serious condition and one in critical condition.

The Dayton shooting took place hours after a shooting in El Paso, Texas Saturday that killed 20 people and injured dozens of others. Nine people were injured in Chicago Sunday in two shootings, with one in serious condition.

The consecutive shootings underscored the rampant gun violence plaguing the United States. Government inaction and racially charged remarks made by leading political figures are widely blamed for the increasing frequency of mass shootings.