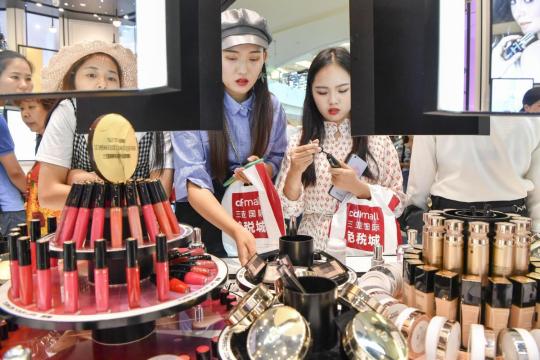 One of Britain's leading economists said Chinese consumers will be the driving force of future global economic growth.

Jim O'Neill, chair of the international think tank Chatham House and former chief economist at Goldman Sachs, made the remarks in a speech on Wednesday at the celebration of the 70th anniversary of the founding of the People's Republic of China and the second China-UK Economic and Trade Forum in London.

"What happens to the Chinese consumers is more important to China's future," O'Neill said.

"If China continues with 8 percent nominal GDP growth, which I believe is 5 percent real (GDP growth), and 3 percent prices (meaning inflation), and if the Chinese consumers become the 50 percent of that total, the change from the next year to the next decade is somewhere between $11 to $12 trillion, which is equivalent to create another China," he said.

O'Neill is a former British commercial secretary to the Treasury. He said the Belt and Road Initiative, or BRI, initiated six years ago, will play a "hugely important" role in global trade, which has been buffeted by rising protectionism and unilateralism.

The BRI aims to build the Silk Road Economic Belt and the 21st Century Maritime Silk Road and deliver policies, infrastructure, trade, financial and people-to-people connectivity via a new platform for a brighter future.

"If it can be implemented collectively, it can transform the trade pattern in Asia, particularly between China and India, two of the major BRICS countries," he added.

O'Neill is known for coining the term BRIC, the group term for Brazil, Russia, India and China, in 2001, to describe the four rapidly-developing nations that symbolized the shifting balance in the global economy.

South Africa was added to the group nine years later, making it BRICS.

"China remains the only one of the BRICS countries that after 17 years has actually done exactly what we had expected it would achieve," he said.

His opinion is that the ongoing trade dispute with the United States is not the most important challenge the country currently faces.

To continue its success, O'Neill said, China needs to address aspects of its aging population, which is a key contributor to the economic growth slowdown, and tackle environmental issues and population control in urban areas.