Zhejiang shaping as center of excellence(2) 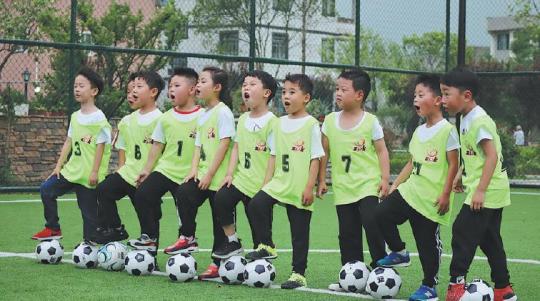 Kids line up for soccer training at Hangzhou's Sanyang village, where residents are reaping the benefits of a brand new sports center. （SHI FUTIAN/CHINA DAILY）

The growing number of sports enthusiasts in Zhejiang can be traced to the National Fitness Program for 2016-20, aimed at encouraging 700 million Chinese to exercise at least once a week.

Mobilizing urbanites is one thing, but spreading the fitness bug to rural areas is a more challenging task.

One of Zhejiang's major successes has been the town of Yaozhuang - population 70,000 - in Jiaxing city. An investment of 145 million yuan built a 60,000 square meter sports park, which includes a multipurpose 4,500-seat arena, with 600 parking spots.

Opened in 2014, the arena has held numerous national and international competitions in basketball, volleyball and table tennis. When there's no competition in town, the arena is open to locals, free of charge.

"We always come to the arena to play ball, dance or do tai chi, and we also organize sports competitions for retired people," said 67-year-old Yaozhuang native Hu Jinfang.

"It's all free. And the arena is big enough, so it's never crowded. There's not only retired people like us - young people also use it after work and on weekends."

Seeing constant activity at the complex is rewarding for Ge Feng, director of Yaozhuang Culture Station, which manages the arena.

"Over the past four to five years, the arena has become a local landmark," said Ge. "We have held many top-level international tournaments, which have attracted more and more local people to the facilities.

"We have also facilitated the development of grassroots sports organizations, including basketball, table tennis, badminton and even dragon boat racing.

"We are focusing on the health of local people, making sure they can enjoy sports every day, join activities every week and have competitions every month."

Most of the village's 1,668 residents make regular use of the facilities.

"Before we had the sports complex, villagers would just sit at home or play cards for a whole night after dinner," said Weng Libin, head of the village.

"Now, both young and old are willing to come out and exercise every day."