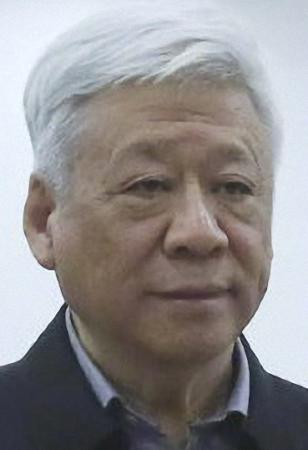 A file photo of Jin Suidong, the former vice-chairman of the Henan Provincial Committee of the Chinese People's Political Consultative Conference. (Photo/Provided to China Daily)

The court will release the verdict in the trial of Jin, who is the former vice-chairman of the Henan Provincial Committee of the Chinese People's Political Consultative Conference, at a later date.

According to the court, Jin, 65, took advantage of his position to help companies and individuals increase the permitted number of buildings on a piece of land to make more profits. He also used his position to help others with job promotions. Jin accepted huge bribes amounting to 44.3 million yuan, which were paid in either cash or properties, the court said.

Between 1999 and 2018, he mainly served as vice-mayor and mayor of Anyang city in Henan province, Party chief of Anyang and vice-chairman of the Henan provincial Political Committee of CPPCC.

In September, he was placed under investigation by the Communist Party of China Central Commission for Discipline Inspection and the National Commission of Supervision for "serious violations of Party disciplines and laws".

In February, he was expelled from the Party.

According to the CCDI, he lost his ideals and convictions and didn't report his personal matters to authorities according to rules. He colluded with others to provide false testimony and obstructed the investigation into him.

According to the discipline authority, he used his power as a tool to further his personal interests and was willing to be sought out by businessmen looking for favors.

In a separate development, Yuan Renguo, former chairman of Kweichow Moutai Group, was arrested by Guiyang people's procuratorate in Guizhou province for alleged bribery. The case is under further investigation.

Yuan was expelled from the Communist Party of China and public office on Wednesday for multiple offenses including graft and hindering official investigations.