Wang made the remarks during a briefing on the outcome of the three-day event which concluded in Beijing on Saturday.

He said China will continue to work with all partners for broader practical cooperation under the frame of the Belt and Road Initiative (BRI) in the future.

There were 283 concrete results from the forum which was attended by over 6,000 participants from more than 150 countries and 92 international organizations, Wang said.

China used to opportunity to sign a number of intergovernmental cooperation agreements, including the China-Myanmar Economic Corridor and the China-Thailand railway. 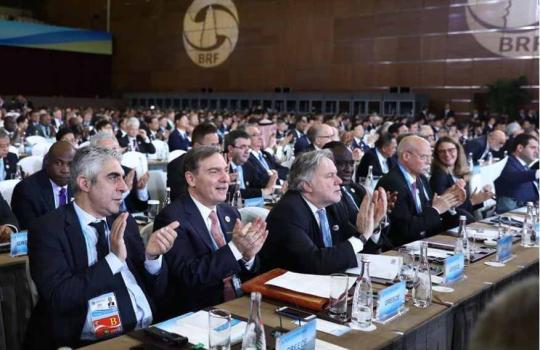 Delegates applaud at the opening ceremony of the second Belt and Road Forum for International Cooperation at the China National Convention Center in Beijing, April 26, 2019. (Xinhua Photo)

The participating nations initiated and established a cooperation mechanism under the BRI framework such as the national standard information platform and South-South cooperation plans that will address climate change.

He said that all parties are expected to enhance cooperation with China. They are willing to align the BRI to their development strategies and coordinate with regional and international development agenda.