Region rises from serfdom to self-determination

Editor's note: This is the first of a series of stories about the Tibet autonomous region, focusing on the area's history, poverty-alleviation measures and the cultural and business sectors. 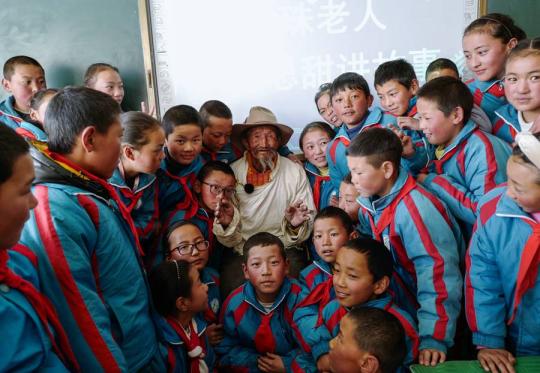 Phurbu Tsering was born in Phalha Manor in Gyalze county, Tibet autonomous region. The house, in Paljor Lhunpo village, was once owned by the aristocratic Phalha family.

Before 1959, the family owned much of the land in the county, which is renowned for its fertility and boasts perfect conditions for the cultivation of highland barley. The Phalhas also owned Phurbu Tsering's parents, who were "house slaves", nangzan in the Tibetan language, the lowest social class.

Prior to democratic reform in 1959, Tibet had long been a theocratic feudal serfdom, a society characterized by a combination of political and religious power. It was the last region in the world to end a social system based on oppression and the economic exploitation of serfs and slaves. 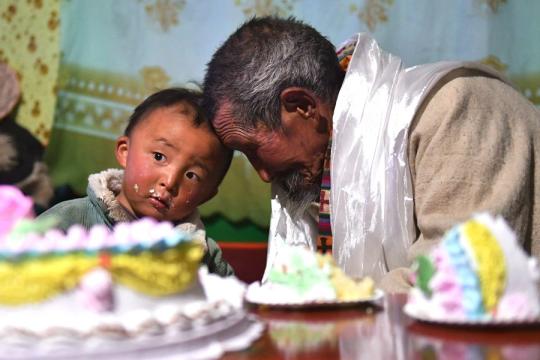 Badro, an emancipated serf, celebrates his 99th birthday in Lhasa, capital of the Tibet autonomous region, earlier this month. Xinhua

The Phalha family owned 37 manor houses across Tibet, along with more than 3,000 serfs and house slaves. The room in which Phurbu Tsering was born belonged to the housekeeper of Phalha Manor, the best-preserved manor house in Tibet.

"I always have mixed feelings when I enter the room," said the 37-year-old from the village in Shigatse city. "It's where my mother gave birth to me, but also where she had been punished by the housekeeper in the past."

The residents of about half the 104 households in the village are descended from the serfs and slaves of Phalha Manor.

After the manor's last master, Tashi Wangdu, fled to India in 1959, Phurbu Tsering's parents moved into the manor from the house slaves' dwellings located diagonally opposite.