Made in Xiongan, for China's e-economy(3) 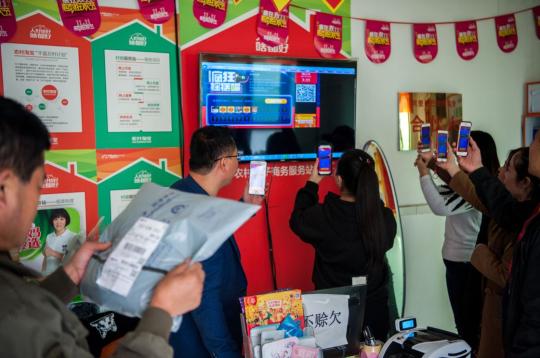 More and more villagers, including elder people who don't know how to use mobile phones and computers, started to buy daily necessities like food and other products online. They enlist the support of professional helpers such as Wang Hongxin to execute online transactions.

As a business agent of Alibaba, Wang Hongxin, 42, a rural homemaker, helps villagers to buy or sell goods via Taobao, an e-commerce platform under Alibaba.

"They tell me what they want to buy or sell, I do it for them," she said, adding she works at a Rural Taobao Service Station at Zhangqingkou village in Xiongxian county.

The job has transformed Wang Hongxin into a busy career-driven female. She buys at least 30 items for villagers each day and the number topped 500 on Nov 11 last year, the Singles Day online shopping festival, when many products are sold online at discounts.

"Although rural consumers lag their urban counterparts, their consumption habits and ways of rural life have changed as they gradually experienced the convenience of e-commerce," said Wang Hongxin.

Her opinion is in line with China's e-commerce development trend in rural areas. Online retail sales across the country's rural areas experienced tremendous growth in 2018, according to the Ministry of Commerce.

The trend saw nearly 80 service stations being set up in different villages in Xiongan since 2015, according to Alibaba's rural Taobao departments.

JD, China's another e-commerce giant, has also extended its services to rural areas in Xiongan by setting up Jingdongbang service centers, JD's third-party centers, which provide e-commerce-related services such as buying things on villagers' behalf, sending goods to households and installing appliances.

Wang Gang, head of a Jingdongbang service center in Rongcheng county, said retail sales on JD are dealt via the center, and have soared 10 times during the past four years.

Xiongan New Area signed an agreement with Alibaba in 2017 under which the latter will provide technology and innovation resources for developing fields such as big data, smart logistics and e-commerce.

"In the warehouses of Cainiao Network, equipment like automatic operation lines, robots and mechanical arms will be used and driven by algorithms, thus improving logistics efficiency," a report on Xiongan's official WeChat account said, quoting the agreement.

Besides, the presence of e-commerce in Xiongan will not be limited to domestic trading.

A cross-border e-commerce comprehensive pilot zone will be encouraged to be set up in Xiongan, according to a guideline on deepening reforms and expanding opening-up in the new area, which was published in January.

The guideline said a digital trading platform with sights on the global market will be established in the area to facilitate cross-border payments and settlements. 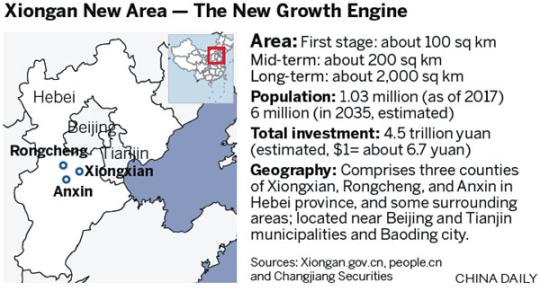