Organ donor gives life to team of one 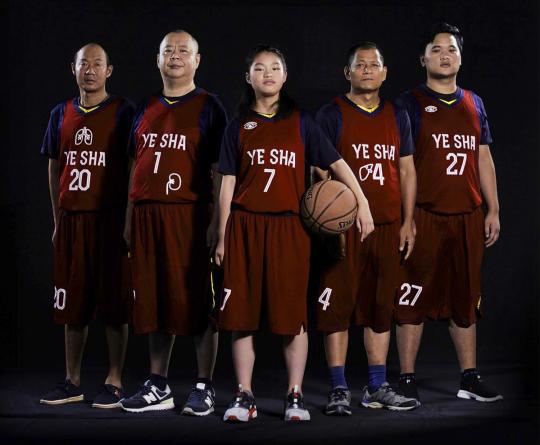 This is a special basketball team: five players from three provinces, ages 14 to 54. It includes a police officer, a student and a coal miner.

They have just one thing in common－they all have organs from one donor.

The donor died at 16 from a sudden brain hemorrhage in 2017. A day after he fell ill, he was declared brain dead, and his parents donated his heart, lungs, liver, kidneys and corneas, helping at least seven people.

The teen's parents were reluctant to donate at first. Then they learned from the school that their son had dreamed of becoming a doctor, said He Yiping, coordinator of the Red Cross Society of China Hunan Branch.

The donor's age shocked the recipients. Some had burst into tears.

Learning the teenager was a basketball fan, five of the recipients formed a team named after him and played a match against professional players in late January as their tribute to the donor and the cause that has saved thousands of lives.

"We have children, too. It is such a hard decision. The parents are great," said kidney recipient Hu Wei, 50.

Hu became ill in 2016. He was laid off and went to a hospital for four hours of dialysis treatment every other day. Before the transplant in 2017, he was weak and dared not drink. "Peeing was a luxury to me," Hu said.

Liu Fu, 49, is captain of the team. He was a miner in Hunan province and was diagnosed with a serious lung disease caused by coal mine dust 19 years ago.

Liu went heavily into debt and tried to commit suicide several times. When his wife died in 2015, he donated her organs to three people, never knowing that one day he would be a transplant recipient.

The oldest player is Zhou Bin, 54, a police officer in the Guangxi Zhuang autonomous region for 26 years. A doctor told him he had only three months to live without a new liver.

The two youngest players are Huang Shan, 22, and Yan Jing, 14, who received corneas. Both were diagnosed with eye defects in childhood.

"I found that people wanted to run and hide when they saw my eyes," said Yan, the only female team member.

After their transplants, all the recipients returned to work or school, and they've had the donated organs ever since.