Multiple violations set stage for 22 deaths at mine 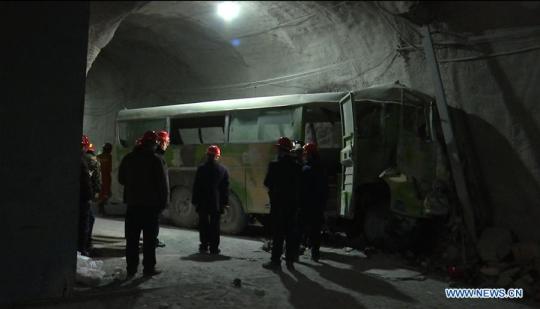 Multiple violations are believed to have led to the deaths of 22 people at a mine in Xiliin Gol League, Inner Mongolia autonomous region, on Saturday morning.

Twenty-eight other people were injured in the incident at a silver, lead and zinc mine operated by Yinman Mining Co and were hospitalized, according to local authorities on Monday.

A shuttle bus carrying 50 miners to a shaft crashed into the side of the tunnel after a brake failure.

Legal Daily reported that 10 people involved in the crash had been criminally detained as of Monday afternoon, with one granted bail.

Pei Wentian, an official at the Ministry of Emergency Management and a member of the investigation team, told China Central Television on Monday that the company may have bought the bus through an illegal channel.

According to Pei, the bus was not subjected to any safety checks and was severely overloaded. It had a rated capacity of 30 passengers or fewer but had 50 people on board.

The company also violated regulations in the design of safety facilities, Pei said.

The company had reported to government departments that it would not stop production during the Spring Festival holiday, which began on Feb 4, but in fact it stopped production on Jan 15 and resumed work without authorization on Feb 13.

(Yang Zekun contributed to this story.)