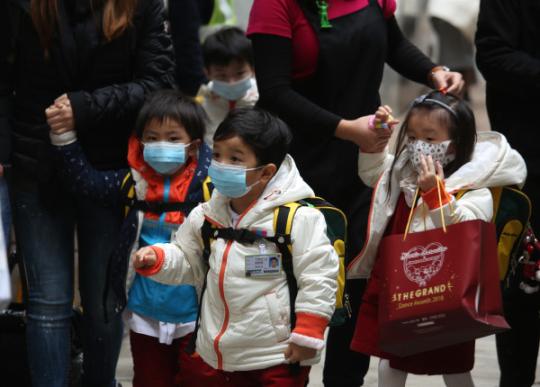 The number of deaths caused by influenza in the Chinese mainland in January was nearly the same as the total flu deaths for all of 2018, and exceeded the combined flu deaths for 2016 and 2017, according to latest figures released by National Health Commission.

More than 608,000 flu cases were reported in the mainland in January, including 143 deaths, while the total of reported flu cases in January of last year was about 274,000, including 56 deaths, the commission said.

Winter is peak season for influenza outbreaks in most parts of China, with January usually recording the greatest number of cases.

The number of cases across China declined between Feb 2 and 10, according to the Chinese National Influenza Center.

The health commission had not offered an explanation for the surge in flu cases and deaths in January as of press time.

Li Xingwang, chief infectious expert at Beijing Ditan Hospital, which specializes in infectious diseases, said the hospital had received many more patients in serious condition caused by flu over this winter than last winter.

"We were under very heavy pressure, and all wards were full with patients in serious condition," he said.

"Most of the patients were referred from other hospitals that lacked proper diagnostic skills or lacked proper quarantine facilities."

January was the peak season for influenza diagnosis and treatment at the hospital, and now the number of flu patients has decreased greatly, he said.

"In general in Beijing the number of flu cases over the past winter may be similar to or slightly higher than last winter," Li said.

Yao Hangping, a professor of infectious diseases at Zhejiang University, said flu alone does not normally lead to death, but people with certain chronic conditions such as cardiovascular diseases or asthma could face much higher risks of death due to flu.

"Every year, the virus that causes the flu outbreaks changes, but over the past winter no major mutation of virus was detected that resulted in it being much more infectious or deadly," he said.

Flu outbreaks in most parts of China are expected to gradually decline starting in March, he said.

Guo Yanhong, deputy chief for medical administration and supervision at the health commission, said that ahead of the weeklong traditional Chinese New Year's holiday, which ended on Feb 10, health authorities across China had required medical institutions to remain on 24-hour duty during the holiday to ensure emergency treatment to people with diseases including flu.

In Hong Kong, flu also inflicted a heavy toll: By Tuesday, 226 people had died after catching the flu over the winter, with 75 percent of the dead being elderly, according to a report by ThePaper.cn.

All the beds for patients with respiratory diseases were occupied at 15 public hospitals in the special administrative region, and in some hospitals, patients had to wait for more than seven hours to see a doctor, the report said.