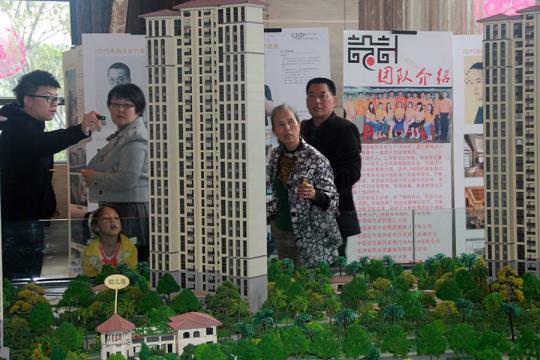 Tough regulatory measures have led to a sharp property development decline in Hainan province, as total investment in the first three quarters of the year dropped by 10 percent year-on-year, according to figures from the Hainan Provincial Bureau of Statistics.

The island province will continue to strictly control the real estate sector and establish a long-term mechanism using economic, legal and administrative means to ensure construction of public housing, and to meet global professionals' accommodation demand, senior officials said at the provincial economic conference held in Haikou, the provincial capital, on Thursday.

Land supply will be prioritized for infrastructure projects required to aid the island's transformation into an international free-trade pilot zone, as well as the development of new high-tech industrial and social projects, the government officials said.

The measures have started to take effect. Real estate investment accounted for 34 percent of the provinces GDP in the first three quarters of this year, dropping 10 percent from the same period of last year, which was then above the national average.

The provincial government implemented the quota policy to curb housing market speculation and to develop the island as an international free-trade pilot zone in April.

The new rules require nonresident homebuyers to provide 60 months of tax records in Hainan from at least one member of the applicant's family.

A minimum 70 percent down payment is required for nonresidents who apply for commercial housing loans, and a five-year limit applies to reselling property on the island province.

"Such regulations in Hainan are extremely necessary. The province used to rely too much on the real estate sector. In the long run, it is not a sustainable approach. The current pain following the regulation is the only way to make the transition," said Zhang Dawei, chief real estate analyst with Centaline Property.

Data from the National Bureau of Statistics showed that total investment in the real estate sector in 31 provincial-level regions around the country in the first 11 months this year hit 11.08 trillion yuan, with Guangdong, Zhejiang and Jiangsu provinces taking the lead. Total realty investment in these provinces in 2017 was 10.97 trillion yuan.

Zhang said China's real estate investment has been growing at a high level this year, and land transactions in many cities are also at a high level, especially in the first and second-tier cities, with developers showing strong enthusiasm for land acquisitions for residential housing.