U.S.-Colombian rapper Lil Pump is facing backlash from Chinese musicians and netizens, after he released a new music video on social media which has been accused of racism for using racial slurs and gestures seen as anti-Chinese.

In the video posted on Pump's Instagram account with 17.4 million followers, the 18-year-old musician can be heard rapping in reference to Yao Ming, China's basketball star, in lyrics like "they call me Yao Ming because my eyes real low."

Pump also ad-libbed "Ching Chong", a derogatory remark often used to mock the Chinese language, while slanting his eye lids back in the video, a common gesture used to mock Asian communities.

The video quickly infuriated many Chinese musicians and sparked an uproar among Chinese netizens.

Many took to social media to respond to Pump's controversial remarks.

Chinese rapper Li Yijie, known as Pissy, a member of a rap group named Chengdu Revolution (CD-Rev), was one of the many who released a diss track calling out Pump on Weibo, China's equivalent of Twitter.

"From being discriminated against, to act discrimination again, the fact is you and white racists the same. Respect yourself," the song's lyrics read. 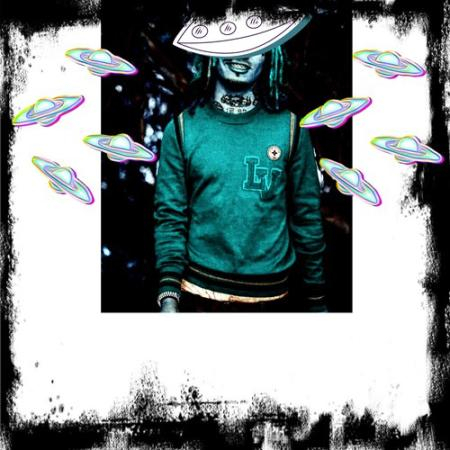 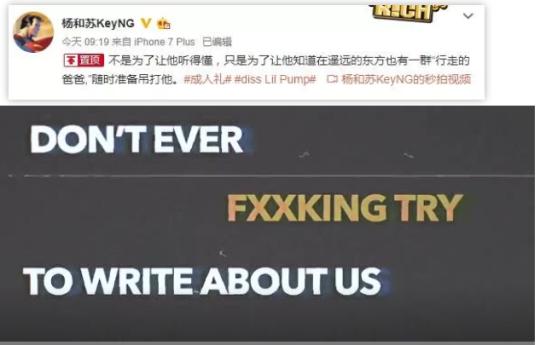 Other musicians, underground or mainstream, also banded together to respond to Pump on his lyrics and gestures. 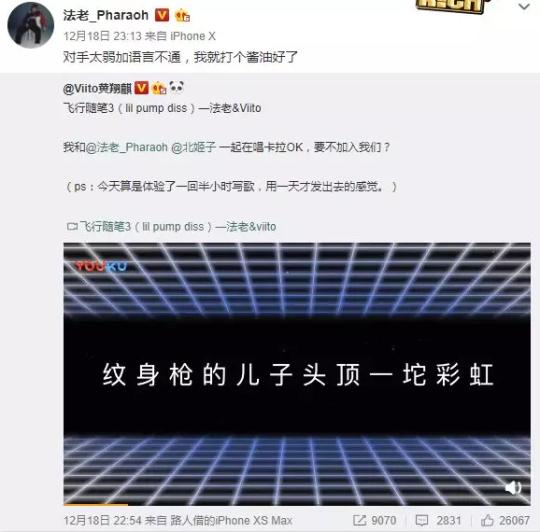 Another diss track released by two Chinese rappers has gathered over 25,000 like on Weibo. /Screenshot via Wechat

Awkwafina, the Crazy Rich Asians star, also responded to Pump's lyrics and gestures, according to Billboard.

"Always nice to hear a new song with a Ching Chong adlib." "Guess it's better than 'eyes chink' like some other verses I've heard. But can we at least think of some more creative racist epithets?" Billboard reported citing her response.