Who are the 10 foreigners awarded reform friendship medals by China's president?

Chinese President Xi Jinping awarded the China reform friendship medals to 10 foreigners on Tuesday in appreciation of the support and help from international community to China during its reform and opening-up.

China held a grand gathering on Tuesday to celebrate the 40th anniversary of the country's reform and opening-up at the Great Hall of the People.

Although working in different fields, the 10 foreign friends had all brought advanced technologies or ideas to China's reform and opening-up, contributing outstanding wisdom and effort to the country's economic and social development.

They had seen, participated and contributed to China's reform and opening-up, witnessing "the greatest development miracle" in the history of mankind.

They are outstanding representatives of the thousands of international friends who are intrinsically linked with regards to China's reform and opening-up. Their stories are a living proof that China and the world interact and mutually benefit each other.

In March 2014, Chinese President Xi Jinping visited the Merieux Bioscience Research Center on his state visit to France. Alain Merieux together with his family members and the staff of the center extended a warm welcome to President Xi.

Alain Merieux's family has a long relationship with China. His father-in-law Paul Berliet first introduced automotive industry technology to China and was a pioneer of Sino-French friendly cooperation.

In 1978, Merieux visited China for the first time and opened up extensive and lasting cooperation with Beijing in the fields of tuberculosis prevention, infection control, and prevention and control of new infectious diseases.

For decades, he kept promoting the medical cooperation between China and France. Having established production R&D bases and high-level biosafety laboratories in China, Merieux helped China improve its research in biomedicine and infectious disease prevention and control.

There stands a bronze statue of the German Werner Gerich on Hanzheng Street in China's central city of Wuhan. Gerich is most famous for the title of "the first foreign factory director" in China's reform and opening up.

In 1984, he was dispatched to the Wuhan Diesel Engine Factory by a Germany's Senior Experten Service. A few months later, he was appointed factory manager to lead production and operations.

It was unprecedented, at that time, for a Chinese state-owned enterprise to hire a foreigner as a factory director.

Since Gerich took office, he launched substantial reforms that reinvigorated the old enterprise. The products have been exported to many countries in Southeast Asia. And Gerich was nicknamed "Mr. Quality" for his strict management and quality control. 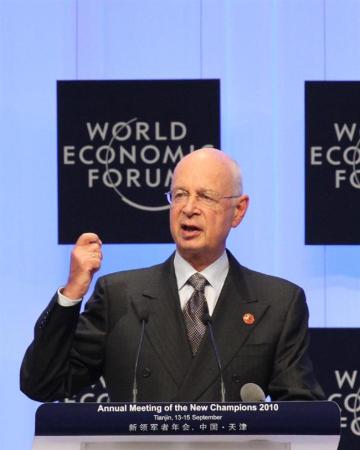 Klaus Schwab, born in Germany, is the founder of the World Economic Forum (WEF). The WEF, widely known as the Davos Forum, had seen the historical transformation from "China listening to the world" to "China's voice heard by the world."

In January 2017 when President Xi Jinping was invited to participate in the annual meeting of the WEF, Schwab said that "In 1978, when I read articles about Deng Xiaoping's reform and opening-up, I was sure that China would have a big role in the world arena."

China's cooperation with the WEF kept pace with the country's reform and opening-up. Since 1979, China has sent delegations to attend the annual meeting of the forum multiple times at its invitation. In 2005, Schwab proposed the idea of China's Summer Davos. In September 2007, the first annual meeting of Summer Davos was successfully held in Dalian.

With the deepening of China's reform and opening-up, China-related topics has become increasingly popular at the WEF. In nearly 40 years', the WEF is not only a witness of China's gradual rise to become the world's second largest economy, but also promotes China's interaction with the world. 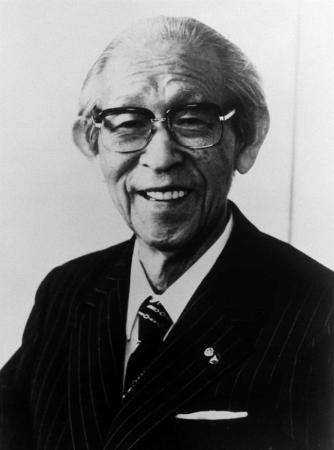 "Panasonic" was one of the first well-known international brands to Chinese consumers after the reform and opening-up. In October 1978, Chinese leader Deng Xiaoping visited Panasonic which was then called Matsushita Electric Industrial Co Ltd during his visit to Japan. Deng was warmly welcomed by Konosuke Matsushita who was already in his 80s.

In an in-depth conversation with Deng, Matsushita said he was willing to offer help to China's modernization process.

Known as "the god of management," Matsushita was among the earliest foreign friends to support China's reform and opening-up. He actively promoted the business of Panasonic in China, bringing advanced technics and management experience to the neighbour country.

Masayoshi Ohira: politician to promote normalization of ties between Japan and China 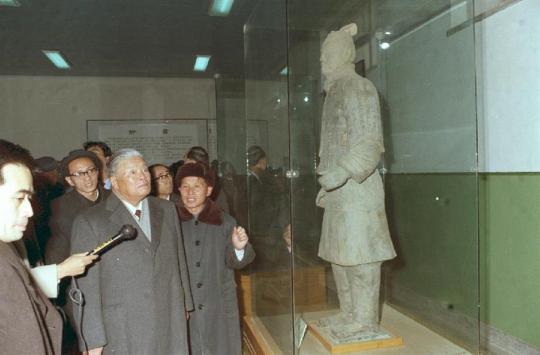 Japanese politician Masayoshi Ohira had made important contributions to the friendship between China and Japan and China's reform and opening-up. He spoke highly of China's modernization, and publicly stated that a more prosperous China would make the world a better place.

In September 1972, as Japan's Minister for Foreign Affairs, he accompanied the then Japanese Prime Minister Kakuei Tanaka to visit China. During the visit, the two countries signed the historic China-Japan Joint Communique to normalize their diplomatic relations.

In January 1974, he visited China again as Japanese foreign minister and signed the China-Japan Trade Agreement. In the cabinet of Prime Minister Takeo Fukuda, he served as the secretary general of the Liberal Democratic Party of Japan and actively supported and promoted the adoption of the China-Japan Treaty of Peace and Friendship.

In December 1978, he became the prime minister of Japan and promoted Japanese assistance to Chinese development, contributing to the construction of China in the early days of its reform and opening up. 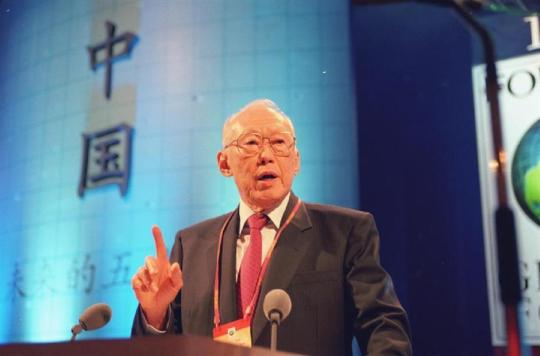 The "founding father of Singapore," Lee Kuan Yew, with his insightful vision, participated in and witnessed the great process of China's reform and opening-up.

When he passed away in 2015, Chinese President Xi Jinping said in his message of condolences that Lee was an old friend of the Chinese people and the founder, pioneer and promoter of Sino-Singaporean relations.

In November 1978, Lee, the then prime minister of Singapore, hosted visiting Chinese leader Deng Xiaoping. At that time, the door to reform and opening-up was only just about to open. Having witnessed the economic achievements of Singapore, Deng said that China should learn from Singapore.

Lee had visited Shenzhen several times and commented that the success of Shenzhen showed that the socialist path with Chinese characteristics had worked. He promoted the establishment of the Suzhou Industrial Park and Sino-Singapore Tianjin Eco-City, introducing the new economic cooperation model between the two countries. 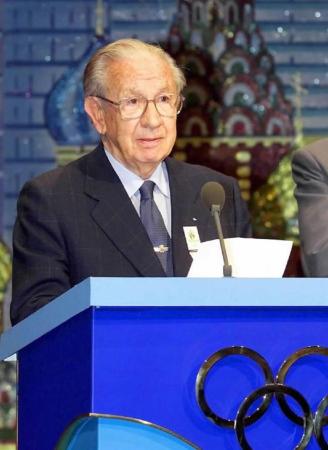 At the awards ceremony for the women's singles table tennis at the 1996 Atlanta Olympics, Juan Antonio Samaranch, the then president of the International Olympic Committee, gently patted the face of Chinese athlete Deng Yaping. This warm scene was immortalized on TV.

This Spaniard is considered to have contributed the most to the Olympics after Pierre de Coubertin. After visiting China for the first time in 1978, he selflessly lobbied and played a pivotal role in China's return to the Olympics.

In 1979, China regained a formal seat in the IOC. In the following decades, Samaranch lent support and witnessed many important developments in China's sports.

On the evening of July 13, 2001, as he opened an envelope in Moscow and announced "Beijing," China burst into jubilant elation.

"Papa Sa" said that he had received many honorary degrees and titles around the world, but the one he cherished the most is the 'good friend of the Chinese people.' 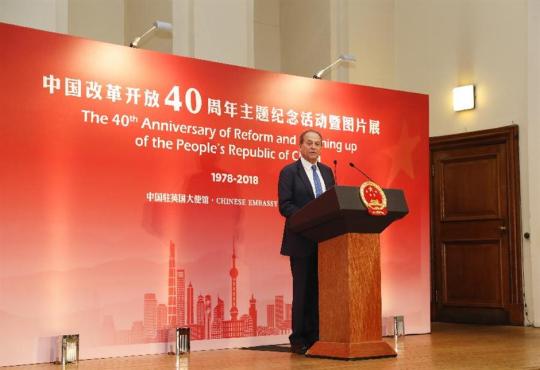 It is quite common to follow one's father's footsteps. However, for Stephen Perry, chairman of Britain's 48 Group Club, he must possess extraordinary courage and insight to take over the reins.

The Perrys, with a great affinity towards China, were once misunderstood and isolated by their British peers back home, but never stopped promoting a solid relationship with China.

For years, Stephen Perry and other members in the 48 Group Club dedicated themselves to the "Icebreaking Mission," promoting the bilateral programmatic cooperation and safe-guarding the Sino-UK friendship from generation to generation. 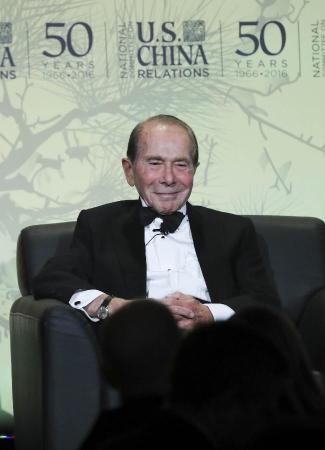 US business legend Maurice R. Greenberg has actively provided advice and suggestions to China's reform and opening-up. He once served as an economic adviser to the municipal governments of Beijing and Shanghai and the Hong Kong Special Administrative Region, and has been awarded the Golden Key of "Honorary Citizen" by several Chinese cities.

Greenberg used to be a senior executive of the global insurance giant American International Group. In China's early reform and opening-up period, many Western entrepreneurs hesitated at China's invitation, while he decisively led the company to the Chinese market and became a pioneer in the business community to promote Sino-foreign economic cooperation and advocate Sino-US friendship and mutual benefit.

Robert Kuhn: instructor of modern China to the world 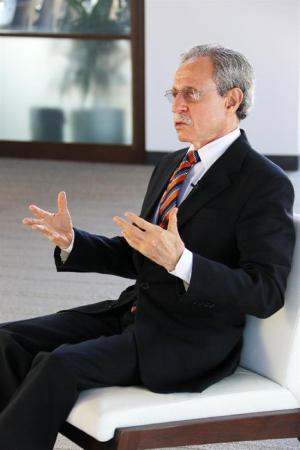 In 2015, Robert Kuhn, chairman of the Kuhn Foundation and an expert on China, produced an interview-based program titled "Closer To China with R. L. Kuhn," together with Chinese media, managed to attract extensive attention from within and outside China.

For decades, Kuhn devoted himself to introducing a comprehensive and realistic China to the world. Reform and opening-up is a major theme of Kuhn's Chinese stories.

His book published 10 years ago, titled "The inside story of China's 30-year Reform: How China's Leaders Think and What This Means for the Future," provides a vivid and profound description of China's reform and opening up process. Some said that the book is "a model of international expression of China's story."

In Kuhn's point of view, to understand China, one must understand the Chinese Communist Party. Today, Kuhn spends over one third of his time each year doing research in China, hoping to update the world continuously on the changes in the country.