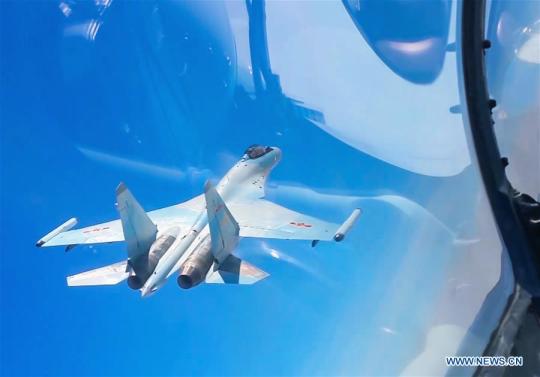 President Xi Jinping has called for the military to reform its policy system to form a solid foundation in order to build a world-class force.

Xi, who is also general secretary of the Communist Party of China Central Committee and chairman of the Central Military Commission, said that a systemic and deep reform is urgently needed to resolve deeply rooted conflicts and problems inside the policy system, extensively strengthen the effects of the ongoing military reforms, open a new chapter in Chinese armed forces' development, and obtain the upper hand among world powers as well as in any future wars.

Xi said reform of the military's policy system must be based on the Party's absolute leadership over the armed forces and its focus on improving combat capability. It should help stimulate enthusiasm, initiative and creativity among military personnel, he said.

The president made the remarks at a Central Military Commission meeting on Tuesday and Wednesday in Beijing that discussed reforming the military's policy system. All of the military's top commanders took part in the meeting.

Party-building inside the military will be further improved to ensure the Party has total control over the armed forces, Xi said.

He ordered the military to establish regulatory mechanisms on joint operations, fine-tune combat-readiness system, and set up a modern institution that governs the use of military forces, he added.

Xi stressed that the military's human resources system should be optimized. He ordered that incomes and benefits of military personnel be elevated.

Changes should be made in policies in almost all areas, ranging from training, equipment and logistics to research and mobilization. The ultimate goal is to boost the Chinese military's combat capability, he said.

Xi also requested that the military's budget management, resources allocation and legislative affairs should be improved to facilitate its growth.

He asked the military to mete out reform measures that are badly needed in combat training or have been long-awaited by the troops.