For the younger generation, consumerism is more about self-expression 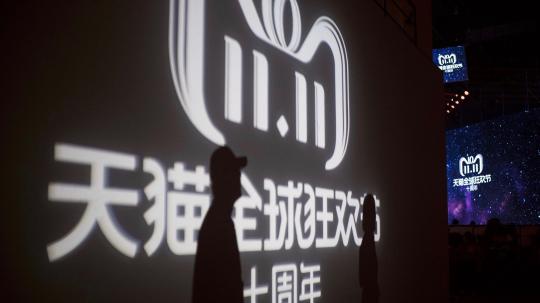 "I bought several dresses, a face master, personal training lessons and a VIP membership for Tencent Video," said Yue, one of my colleagues born in 1994 who eyes sweet deals on Singles' Day every year.

This day of online shopping bonanza that swept China on November 11 has become an annual event for old and young alike. E-consumers buy lipsticks, pants, hoodies, laptops, kindles and even toilet paper in a frenzy that racked up 100 billion yuan (1.44 billion US dollars) in mere minutes before dawn on Sunday.

Started by Chinese e-commerce giant Alibaba a decade ago, this event was initially marketed as a day for single people to buy to their heart's content, but quickly expanded to everyone who wanted a good deal online. The day serves as a barometer of China's growing consumerism, thanks to a burgeoning middle class and a changing appetite for consumption. That's why Alibaba still registered record-breaking sales, even though sales growth has slowed for the country's online retail sector in the third quarter amid trade tensions.

But more than that, the annual extravaganza also suggests that the country's young people are increasingly expressing their individuality through what they buy. With more disposable income, they desire to be a better version of themselves.

Alibaba has analyzed the vast data generated by Singles' Day transactions over the past 10 years, and their figures show habits that mirror China's transition to a massive consumer economy. Figures reveal that in 2009, the post-80s generation made up for over 60 percent of consumers on the Single's Day shopping fest, but the post-90s have replaced them since 2015, accounting for more than 80 percent.

Moreover, 2017 statistics show that the post-90s prefer buying clothes, handbags, cosmetics and sportswear, in contrast to the post-80s, a majority of whom have started forming families and tend to purchase more household items and baby products.

For the younger generation, what lies in their online shopping cart is more of their attitude toward life. This expression of the self through the latest products and trends is manifold. Unsurprisingly, buying luxury clothing or accessories is one, but there is a growing detachment from simply high-end products. A survey by consulting firm Fung Business Intelligence Group shows that nearly 90 percent of Chinese millennials consider "good quality," "the style that fits me," "good looking design" over "good value for money," "big name," or "promotions" when making their purchases.

As commercialism pervades Chinese society, the roots of youthful self-expression and even rebellion have taken hold, growing in the very soil of consumerism. This phenomenon can perhaps be reflected in the rise of the consumer culture in the United States in the early 20th century, which featured a wave of new inventions and mass production.

Back then, the booming personal prosperity that followed the Gilded Age of industrialism precipitated a rising consumer class in the 1920s, known as the Roaring Twenties. Americans living in that age, in the belief of "production and consumption," rushed to buy everything available, from clothes to cars to refrigerators. That consumerism gave rise to a different type of covetous mindset among young people, due to a newfound independence made possible by mass manufacturing and consumer technology.

Known as the Flappers, young Western women in the 1920s were carefree and individualistic, in violation of the norms of the previous generations. They wore what they wanted and did what they liked, even if those around them didn't like what they did. Essentially, they bought their way into becoming a better self. They started wearing short skirts, they started to attend college, they had the right to vote, and they rejected relinquishing their jobs when men returned from war.

This unconcern with what others think and the restraints of society is reminiscent of Chinese youth today not just in material consumption, but in how they approach life.

As such, the youthful, carefree spirit is being manifested partly through consumerism, using an event such as Singles' Day to spend zealously. The decade spanning from 2009 to 2018 records the rise of prosperity in the Chinese economy, logs the spending habits of Chinese consumers, and casts light on the life attitudes of the young generation as well.

But as goods become more expensive and commercialism becomes rampant, will the country's youth gravitate toward a different kind of self-expression?