Flagship species of Yangtze may be extinct 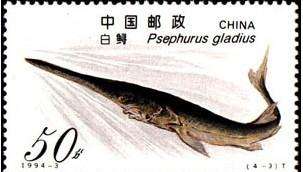 Chinese paddlefish, a flagship species in the Yangtze River, may have become extinct, said a fishery expert.

"It is probable that the Chinese paddlefish are now extinct, a situation which experts are reviewing", Wei Qiwei, the chief scientist with the Chinese Academy of Fishery Sciences, told ThePaper on Sunday.

The fish has not been seen in the wild since 2003, nor do artificially bred individuals exist, said Wei at a forum on the protection of biological resources in the Yangtze held in Wuhan, Hubei province.

The Chinese paddlefish is one of the world's largest freshwater fish, which can grow up to 7 meters long. It is an endemic species in China under first-level national protection.

The ancestors of the Chinese paddlefish date back to the Cretaceous period more than 100 million years ago. Thus it is sometimes referred to as the "Giant Panda of the Rivers" because of its rarity.

From the middle of last century the population of the Chinese paddlefish has declined rapidly due to overfishing, habitat degradation, and pollution.

The construction of Gezhouba dam in 1981 on the Yangtze River also created a barrier to the migrating fish, contributing to its sharp decline, said Wei.

To save the species, a research team led by him is experimenting on modern reproduction methods such as using surrogates to rear the fish in captivity.

Other techniques include preserving genetic materials and cloning.

The team has also completed the genome sequencing of the Chinese paddlefish and is researching the data.