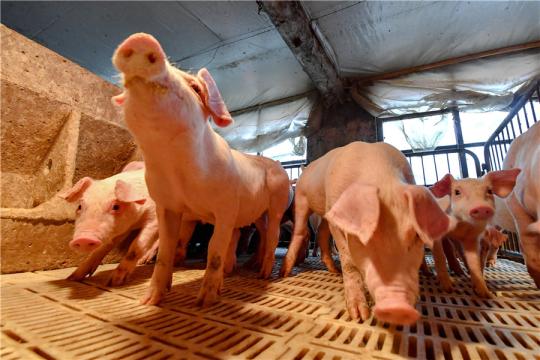 Piglets are held in pens at a modern pig farm on April 30. Wu Bo/For China Daily

Chinese authority on Tuesday had quarantine lifted in an eastern city where an African swine fever outbreak occurred last month.

Laboratory tests and on-site assessment by local authorities showed the epidemic had been eliminated in the city of Tongling, Anhui Province, the Ministry of Agriculture and Rural Affairs said.

No new case has been found during the past six weeks, with immediate actions taken to block, cull and disinfect the affected pigs after the outbreak.

The ministry has demanded local governments step up monitoring and take active measures to prevent recurrence of the disease.